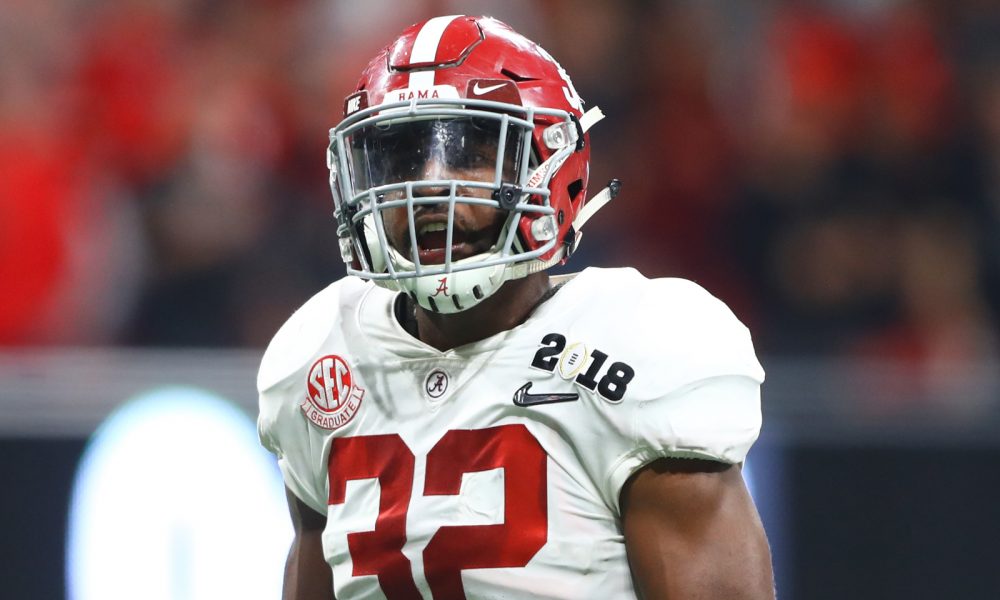 We are three weeks away from seeing a new wave of talent enter the National Football League on draft weekend, which is scheduled for April 26-28 in Dallas.

After leading the Southeastern Conference and Division I college football with 14 participants for the NFL Scouting Combine, the University of Alabama is looking to have a lot of players drafted.

While media pundits can’t seem to stop discussing Minkah Fitzpatrick, Calvin Ridley, Rashaan Evans and Da’Ron Payne, there are others that look forward to hearing their name called by a particular team as well.

In beginning this installment of mock drafts, yours truly of Touchdown Alabama Magazine projects the round and team for each Tide standout in the coming venue.

With this year’s quarterback class having talent from top to bottom, the Arizona Cardinals could find its franchise guy in the second or third round. The acquisition of Sam Bradford in a trade from Minnesota allows for Arizona to draft a No. 1 wide out for Larry Fitzgerald to groom.

Calvin Ridley excels in route running and creating separation, while possessing dependable hands and game-breaking speed in space. As for Da’Ron Payne and Rashaan Evans, the Atlanta Falcons and Pittsburgh Steelers both need leaders on defense. After a scary injury from inside linebacker Ryan Shazier last season, he will not suit up for the “Terrible Towel” in the fall.

Dontari Poe, a defensive tackle for the Falcons in 2017, joined the Carolina Panthers as a free agent this offseason. Having Payne team up with Vic Beasley and Grady Jarrett would be ideal for head coach Dan Quinn, especially for a team that wants to bring a Super Bowl to Atlanta.

Skinny: Since losing Josh Norman to the Washington Redskins, the Carolina Panthers lack a dominate force in its secondary. Should the New England Patriots not address its defensive backfield with the 31st pick in the first round, the Panthers might select Ronnie Harrison.

Regardless of possessing Darqueze Dennard and Dre Kirkpatrick, Cincinnati can still use a quick, high-end nickel cornerback. Insert Anthony Averett right here. His 40-time of 4.36 seconds at the combine and size of 6-feet, 185 pounds, makes him an ideal fit in the slot.

Skinny: Even with the addition of Tyrann Mathieu at safety, the Houston Texans still can use more bodies either at cornerback or safety. Head coach Bill O’Brien saw his team rank near the bottom of the league – No. 24 – in pass defense last season, giving up 3,799 passing yards.

Levi Wallace, a former walk-on at Alabama, led the Crimson Tide with 15 pass breakups and totaled three interceptions (one for a touchdown) in 2017. He’s not the fastest guy, 4.63 40-time at NFL Combine, but his skill set in press coverage and ability to re-route receivers is strong.

For a defense that lost Michael Bennett, Seattle must draft someone that brings a tenacious pass rush to pair with Cliff Avril, Bobby Wagner and K.J. Wright. Although he recorded just 12 sacks in his career under Nick Saban, Da’Shawn Hand has the capabilities to be a better NFL player.

He would be reunited with former Tide standout Jarran Reed, of whom he played with on Alabama’s 2015 national championship team. During the combine, Hand displayed exceptional speed for his size, 6’4″ and 297 pounds, turning in a time of 4.83 seconds in the 40-yard dash.

Skinny: He had some character issues in his tenure at Alabama, but one would be hard-pressed to say Tony Brown was not one of the more emotionally invested players to come from the Nick Saban regime.

A two-sport athlete, his football and track prowess helped him clock a time of 4.35 in the 40-yard dash and 11.14 seconds in the 60-yard shuttle – both among tops for DBs.

Brown proved to be a solid contributor on special teams and his brand of passion mixed with trash talk should fit in perfectly with the Seattle Seahawks.

Prior to losing Richard Sherman and Jeremy Lane in free agency, Seattle drafted both guys in the fifth and sixth round respectively.

He’s built like a safety with 31 ½” arms in a 6-foot, 199-pound frame, yet his physicality fits either an outside or slot cornerback. Depending on how Pete Carroll uses him would be the question, but it’s not a far-fetched idea to think of Brown at Seattle’s version of the 12th Man.

Skinny: With the New York Giants parting ways with Brad Wing, JK Scott would be a strong specialist for the team. A two-time semifinalist for the Ray Guy Award, Scott averaged 45.6 yards per punt in his career. His soundness in flipping field position was huge in the Tide winning national championship in 2015 and 2017 and conference titles from 2014-16.

If the dream of getting Da’Ron Payne does not happen for Jonathan Allen and Ryan Anderson, then seeing the Washington Redskins select Shaun Dion Hamilton at linebacker would serve as the next best thing. Despite a season-ending knee injury versus LSU in 2017, Hamilton was voted a permanent team captain and finished with 40 tackles, 5.5 stops for loss and 2.5 sacks.

Detroit has hung on the arm of Matthew Stafford for 10 seasons and while LeGarrette Blount presents it with a power rushing attack, he’s 31 years old and is fading. Ameer Abdullah gives the team production in both rushing and receiving, however, drafting a power back does much for Stafford in giving him more space to throw the ball. Through three years in Tuscaloosa, Bo Scarbrough totaled 20 rushing touchdowns and finished his career with over 1,000 yards.

Standing at 6-foot-2 and 232 pounds, Scarbrough isn’t much of an elusive runner but he would provide the Lions with much-needed physicality inside.