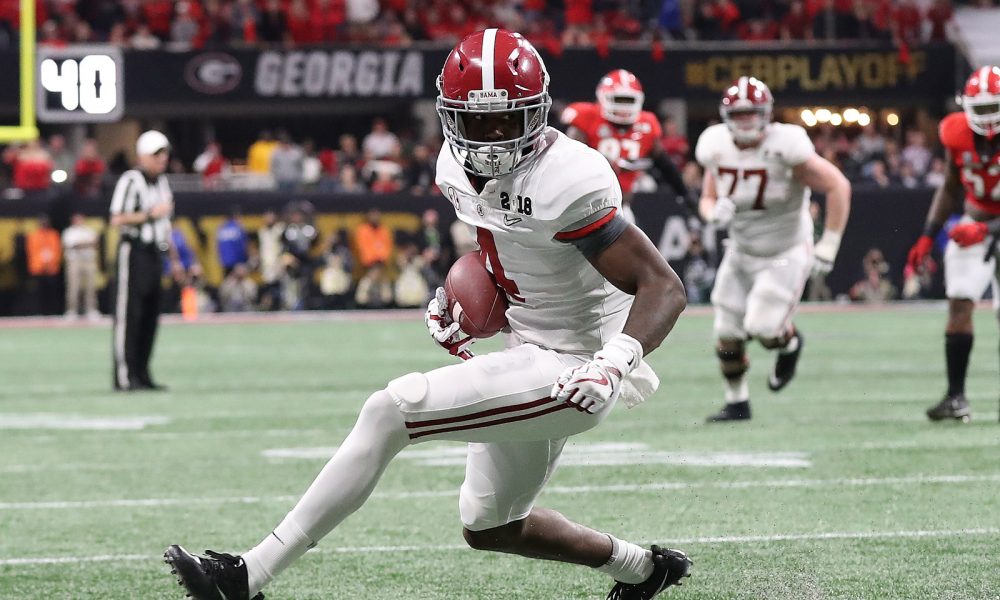 The Crimson Tide of Alabama football are on the road in Oxford, Mississippi and have completely dominated Ole Miss in the first half.

Alabama football- The Alabama Crimson Tide are playing some of their best football of the year thus far tonight in Oxford. After allowing Jordan Ta’amu to go deep for a score on the first play of the game, the Tide defense have completely shut down the Landshark offense. Alabama went into halftime leading 49-7. Tua Tagovailoa has continued to look like a Heisman Trophy candidate as thru one half he is 11-15 for 191 yards and two touchdowns. Alabama has relied on a trio of running backs tonight in Damien Harris, Najee Harris, and Joshua Jacobs. Jerry Juedy leads all wideouts with three receptions for 136 yards and two scores. Perhaps the biggest storyline in the first half has been the Alabama defense. After moving Diggs to nickel and Surtain Jr. to boundary corner earlier this week, the Alabama defensive backfield has absolutely locked down the NFL bound wide receivers of Ole Miss.

Stay tuned to TDAlabamaMag.com for all your Alabama football news and updates. Stephen M. Smith is on the ground in Oxford, Mississippi covering the game for TDA, and will be rolling out great stuff post game.