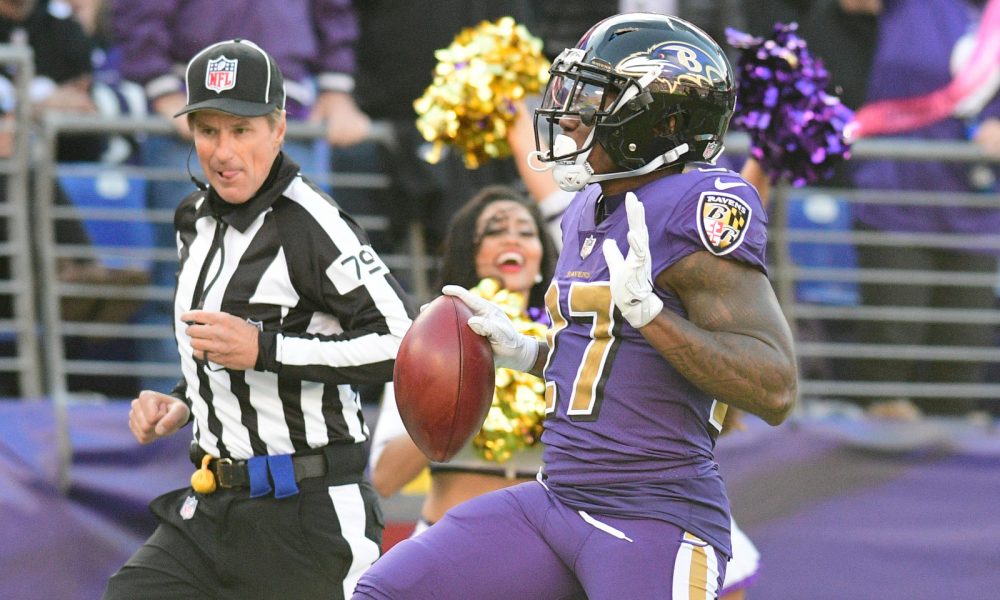 He is glad to be home and the city of Baltimore is happy to have him.

Since being drafted and released by the New England Patriots, Cyrus Jones was in doubt about his next move in the National Football League. He would be juggled between the practice squads of both Patriots and the Baltimore Ravens, until his hometown team signed him to its active roster back on Oct. 8.

In his excitement for being home, the former second-round pick of the 2017 NFL Draft played a huge role in helping the Ravens earn its sixth win of the season. Jones totaled two tackles on defense; however, the versatile defensive back has been known for exploits on special teams since his senior year in 2015 at the University of Alabama.

During the second quarter against the Raiders, he channeled the moment he had in the College Football Playoff semifinal versus Michigan State. Aside from a crazy juke move, Jones took a punt 70 yards for a touchdown and delivered the Ravens a 10-7 lead.

He recorded 530 punt return yards in his final year with the Crimson Tide and returned four for scores.

While fans were excited for a 34-17 win at home for Baltimore, the likes of C.J. Mosley, Tim Williams, Marlon Humphrey and Anthony Averett were overjoyed to see one of their brothers from Nick Saban’s process having fun again.

Ravens’ head coach John Harbaugh still knows there is work to be done with the franchise holding the sixth and final playoff spot in the American Football Conference at 6-5, but it is a great thing to see Jones do well.

Alabama receivers in position to own numerous school records
Alabama QB Tua Tagovailoa selected SEC Co-Offensive Player of the Week
To Top
%d bloggers like this: