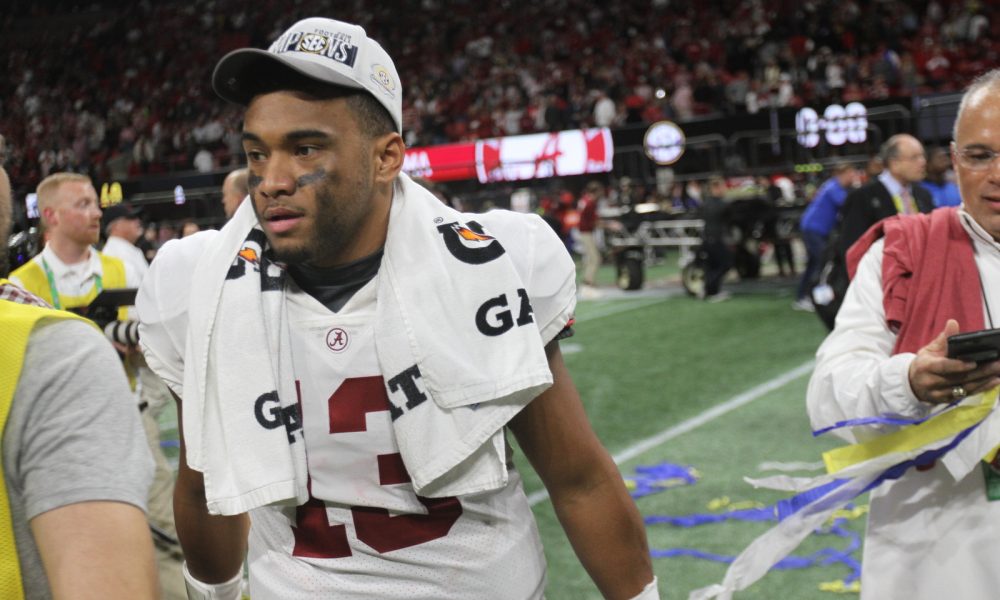 He will be ready for the College Football Playoff.

Sophomore quarterback Tua Tagovailoa was not on the field for Alabama during two pivotal fourth quarter drives, due to sustaining an ankle injury. Despite not having his best game against Georgia, he still recorded a touchdown pass to Jaylen Waddle and supported Jalen Hurts as the junior carried the Crimson Tide to a 35-28 win and a Southeastern Conference championship.

RELATED: Tua Tagovailoa’s strength comes from strong faith in God and in himself

While he has dealt with a sprained posterior crucial ligament (PCL) to his knee, Nick Saban stated on Saturday after the game that Tagovailoa’s ankle issue is nothing too serious.

“We did an MRI. He has a high ankle sprain,” Saban said on Tagovailoa.

With the Tide’s semifinal meeting versus Oklahoma scheduled for Saturday, Dec. 29 in Miami, Fla., it gives the Heisman candidate three weeks to rest and return to being fully healthy.