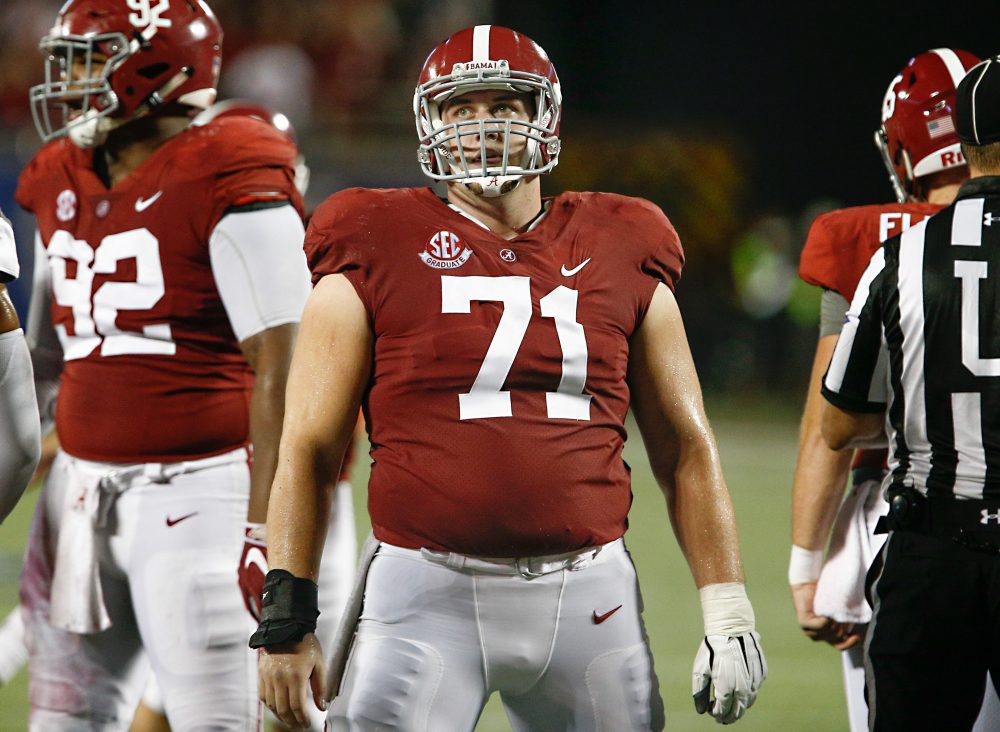 After spending three seasons at offensive guard, Ross Pierschbacher has finally earned national recognition for his ability as a first-year starter at center for the University of Alabama.

He has been productive all year in blocking for two 600-plus yard rushers – Damien Harris and Najee Harris — and a 3,000-yard passer in Tua Tagovailoa at quarterback.

The senior cleared the way for running back Josh Jacobs to total 83 yards rushing with one touchdown on eight carries, en route to earning Most Valuable Player honors as Alabama secured a 35-28 win over Georgia in the Southeastern Conference Championship Game.

Behind Pierschbacher, the Crimson Tide carries one of the nation’s most effective scoring offenses (47.9 ppg) and total offenses (528 ypg). It has recorded 50-plus points in eight regular season games – including two matchups where it totaled 60 points. While he has blocked for 31 100-yard performances in his career, the most fun for the Iowa native had to have been his moment of assisting Jalen Hurts in delivering a comeback win for the Tide over the Bulldogs.

Following the battle, Pierschbacher was selected as one of three finalists for the Rimington Trophy.

An announcement came today from the Boomer Esiason Foundation, which raises awareness about cystic fibrosis.

Named after Dave Rimington, an All-American center at the University of Nebraska in 1981 and 1982, the Rimington Trophy is presented to college football’s top center.

The winner for this honor is selected by three teams: Walter Camp Foundation, Sporting News and Football Writers Association of America.

Former Tide center Ryan Kelly was the latest winner for the school in 2015; the year he helped Derrick Henry achieve the Heisman Trophy and guided Alabama to both a conference and College Football Playoff championship. Pierschbacher is on the verge of having the same resume, especially with Tagovailoa is heading to New York City as a Heisman finalist.

Prior to the announcement, the former four-star was one of four players voted as a permanent team captain for the Tide at its annual awards banquet on Sunday in Birmingham, Ala. The 6-foot-4, 309-pounder shares the honor with Damien Harris, Hale Hentges and Christian Miller.