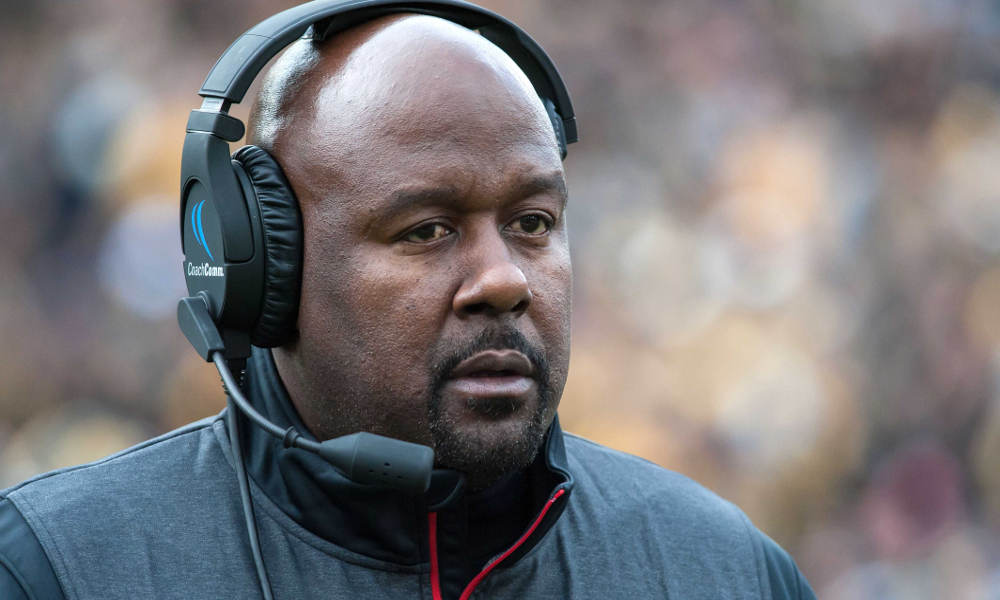 Notable finalists from the Alabama coaching staff in the past include Lane Kiffin, Jeremy Pruitt, and Kirby Smart. Smart won the award in 2009 after building a dominant defense that helped lead the team to a 14-0 record and national championship.

Locksley joined Alabama as an offensive analyst in 2016 and moved up in the positions over the three seasons at Alabama. In 2017 he was named the wide receivers coach and after Brian Daboll left at the end of the 2017 season, the players begged for Locksley to become the next offensive coordinator. He is the first offensive coordinator at Alabama to be hired within the Alabama staff. He has also become a candidate for coaching positions as he has interviewed for the Maryland coaching job.

Locksley has overseen an offense that ranks fifth in the nation in total yards, third in passing yards and second in points scored. Locksley has overseen the emergence of Tua Tagovailoa as a Heisman finalist and Jerry Jeudy as a Biletnikoff Award finalist. In addition, Irv Smith has developed into a top tight end in the nation and Jaylen Waddle is the second leading receiver on the Alabama team in his freshman year.

Mike Locksley transformed the Alabama offense and now has become the second Alabama assistant coach to win the award.