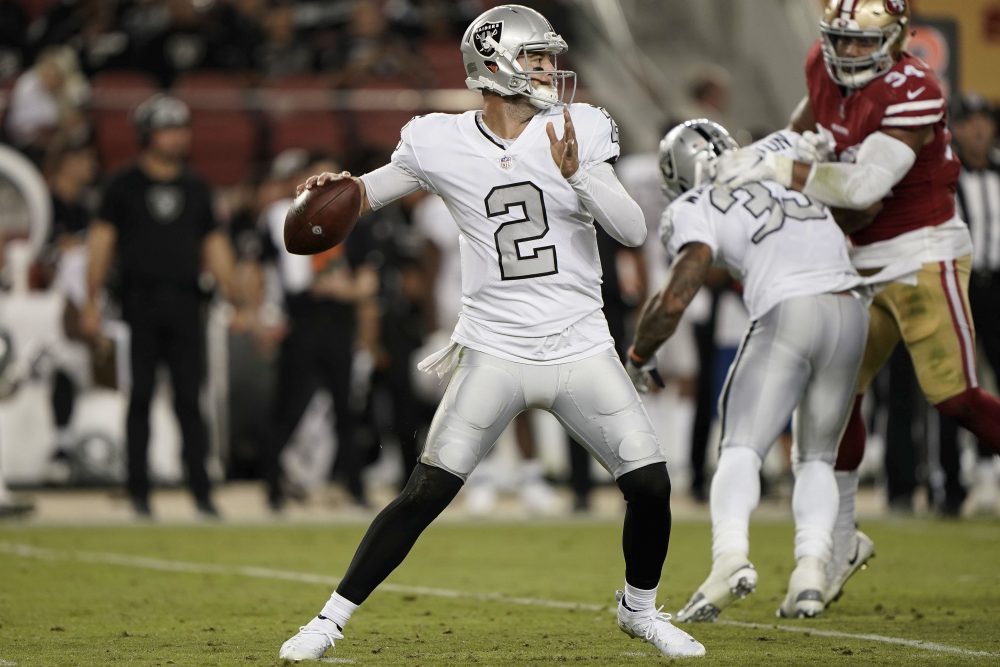 According to Ian Rapoport, AJ McCarron is finalizing a deal to sign with the Houston Texans to become Deshaun Watson’s backup.

The deal is reportedly for one year with a salary of $3 million.

McCarron began his career with the Cincinnati Bengals where he served as a backup behind Andy Dalton and also started four games. In 2015 the two-time national champion filled in for Dalton and started a playoff game against the Pittsburgh Steelers, losing 18-16.

Last offseason McCarron signed with the Buffalo Bills to compete for the starting job against Josh Allen but ultimately lost due to a preseason injury. McCarron was then traded to the Oakland Raiders just before the start of the regular season.

Related: These are the Teams Who Should Sign AJ McCarron Right Now

The Raiders ultimately released McCarron last week, and will now serve as a reliable backup to Watson.