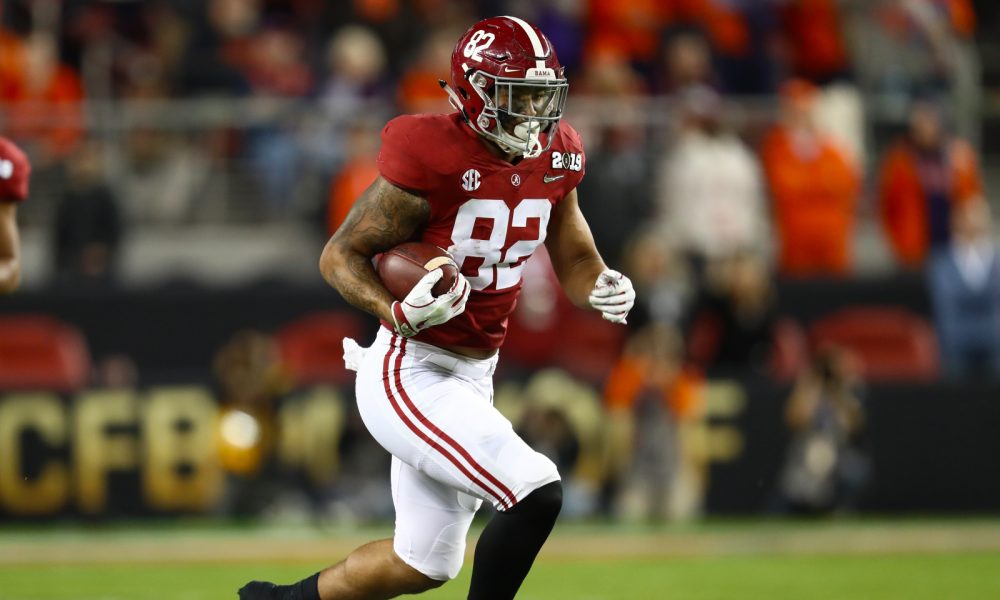 He’s the highest drafted rookie of 2019 to sign a contract.

For former University of Alabama tight end Irv Smith, Jr., he put pen to paper on Thursday in finalizing his four-year deal with the Minnesota Vikings. News came from Adam Schefter of ESPN and per Spotrac, Smith’s deal is worth $5.78 million ($2.98 million guaranteed) with a $2.23 million signing bonus.

The 6-foot-2, 242-pounder turned in a contribution last season that went a long way into quarterback Tua Tagovailoa being recognized as an All-American and Heisman finalist.

RELATED: Durability of Alabama QB Tua Tagovailoa to be monitored next season

He recorded 710 yards receiving on 44 catches with seven touchdowns – setting a single-season school record for scores by a tight end. Smith averaged 16+ yards per catch and had a strong showing at the NFL Scouting Combine.

He posted a 40-time of 4.63 seconds and executed the gauntlet drill with ease. Some NFL scouts are concerned about his abilities as an in-line blocker; however, Minnesota will develop him in that area — as long he’s willing to help in the run game.

Smith was the Vikings’ second pick at No. 50 overall and he’s ready to work.