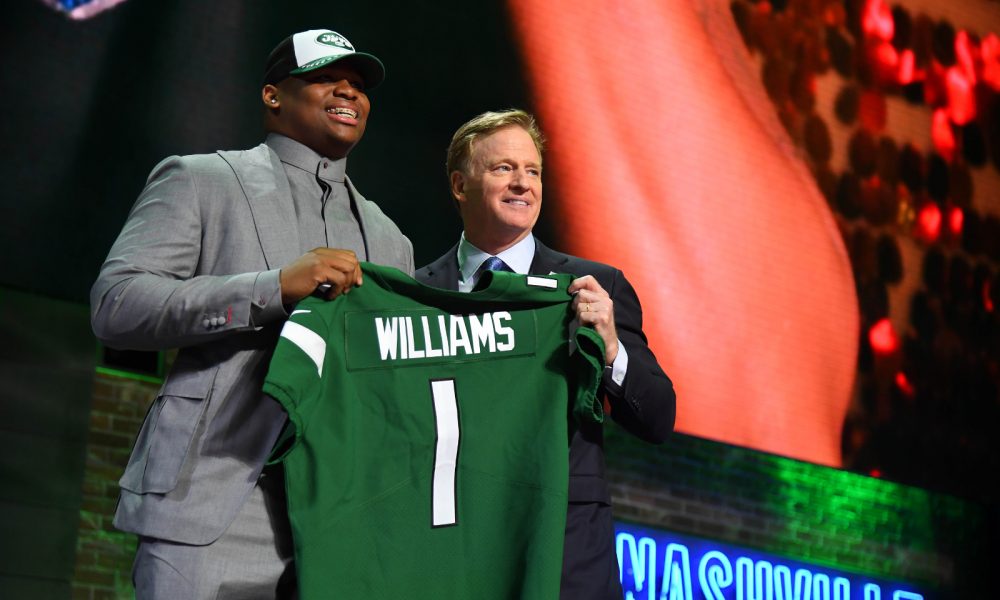 He has yet to sign his contract; however, the highest draft pick via the University of Alabama from the 2019 class is already excited about being in the National Football League.

Quinnen Williams, a native of Birmingham, Ala., was selected third overall to the New York Jets in the NFL Draft and it came on the heels of a breakout redshirt sophomore season.

A former four-star, Williams redefined the meaning of “nose tackle” as he was much more than just a two-gap run stuffer. The 6-foot-3, 303-pounder had a slipperiness about himself that allowed him to create negative plays and disrupt the timing of explosive offenses.

He finished with 71 tackles in 2018 and carried team highs in both tackles for loss (19.5) and quarterback pressures (12). Williams ended his lone year as a starter with eight sacks and was one of two unanimous All-Americans. He was the recipient of the Outland Trophy and helped the Crimson Tide capture its sixth Southeastern Conference title under Nick Saban.

Despite turning in ridiculous numbers at the NFL Combine – including a 40-time of 4.83 seconds – the baby-faced, braces wearing, Oreo loving sack specialist is more focused on learning his new teammates. The Jets are trying to build a winning culture and after hiring Adam Gase to be its head coach and acquiring C.J. Mosley, Williams is in awe of the chemistry.

“I met Le’Veon Bell yesterday and I’m like WHOA.”@QuinnenWilliams is in awe of his new teammates ?(via @nyjets) pic.twitter.com/OT8aofe5xy

“When I first walked in and saw Leonard Williams, I was like ‘man this is Leonard Williams… like he a beast, he came from USC.’ I was just basically giving props where props are due, but was being a little fan,” Williams said.

“We worked out together, talked about football, talked about how the NFL is going to go and how his rookie year went. We just grew a bond through football. I didn’t know that I was going to be playing with him.”

After coming in a lineage of stellar defensive linemen, Williams was unsure about how he would perform but he considers the position he is in now as a blessing.

“Seven months ago, I did not know if I was going to start,” Williams said. “When I get to meet people, I’m like ‘man this is dope.’ I met Le’Veon Bell yesterday and I was like ‘Whoa that’s Le’Veon Bell. That’s the number one running back in the NFL. It’s just crazy.’”

His bubbly personality had every reporter laughing on Friday at the Jets first day of rookie minicamp, Williams is prepared to do special things with Bell, Mosley, Avery Williamson, Leonard Williams, Jamal Adams and Sam Darnold next season.

While a playoff push is still a few years away, making life tough on Tom Brady and New England is possible in the fall.