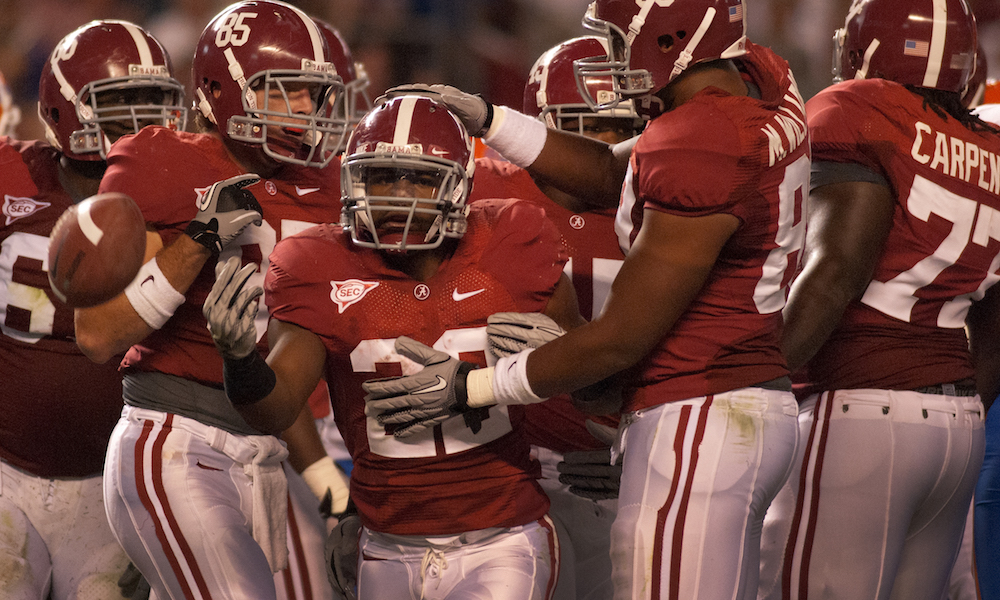 In football, like life, one new rule seems to begat another. So the SEC as are other conference officials, are talking about perhaps letting players make money off their own likeness. Let them go to a car dealership and earn $25 a pop selling and signing pictures, or some other such thing. What’s the harm?

The harm is an unscrupulous coach telling a recruit, you come to my school and I’ll arrange days where you can show up at my buddy’s car lot and sell 1000 signed pictures a day for $25 bucks a pop and that’s $25,000 a day. You see, my buddy will make sure you sell 1000 no matter how many of his customers buy. He’ll buy the rest.

And so the NCAA sees this happening and a new rule is passed to limit that kind of stuff. People get paid to do commercials all the time. So a booster that’s chairman of the board of a big banking chain pays Joe Shmoe to do some commercials. And he gets 25 grand for each commercial filmed….

Or a football player wants to write a book. And surprisingly, like a lot of ex politicians, they sell a ton when favors get called in and they make hundreds of thousands of dollars. So now a new rule gets passed on that too…

Where does it all end?

The controversy hit home badly for one player already. Donald De La Haye, a backup kicker for UCF did YouTube videos showing his rise to become a great kicker and an NFL player among other things. He gained a huge following and YouTube noticed and paid him for all the hits and views it got. It started turning into a small income for the young kicker. But he was forced to either give up the money or quit the team, sadly, he gave up playing football which also cost him his scholarship. It was sad, but it was choice he made on his own. They said that videos that showed him in his football life were restricted.

Yes the schools make millions off the players, but the players are getting a first class degree, housing, food, Pell Grants, stipends and more that equal up to some say 65 thousand or so a year in real world costs paid for. So there’s that. Plus they have very nice housing, the best food imaginable, player’s lounges, training facilities and more. It’s hardly a pauper’s lifestyle.

Nick Saban and his staff have more to do than see if Joey got too much cash for his personal appearance, his photos and more. One rule will take 5 people to regulate and who pays them?

Just this year, Rep. Mark Walker, a Republican from North Carolina, put out a bill that athletes could make money by making changes in the tax code that could force the NCAA to allow athletes to profit from their names, images and likenesses. It was named The Student-Athlete Equity Act and has yet to be acted on. In a statement after introducing the bill, Walker stated that signing an athletic scholarship with a school should not be a moratorium on their rights to their name, image, and self-worth.

So with that, now there’s more rumbling of change that just the NCAA and Conference Commissioners doing the talking and with the schools making so much money off football, at least in the power five, fans may demand to give the players a slice of that pie.

That’s another thing being bandied around. Just pay the players a small slice of the pie. That seems fair some complain.

But then you have who gets what? Does a walk on who doesn’t make the road games get the same as the star quarterback? Tell me that won’t create a problem. Can you see jealousy over pay dividing a team or players leaving for schools that simply pay more? A slice of Alabama or Texas’ pie is going to be a lot bigger than the pie at Troy State or other smaller division one schools.

Can the star running back endorse Nike shoes and get a million dollar contract? And what about the basketball players, they might want a taste of that action too. And then Title Nine advocates start saying that it’s unfair that girls teams aren’t paid too. And then the smaller school in lesser conferences that are still in division one are going to have schools that simply can’t afford to regulate or pay for such a rule. Now there’s a huge division within division one that will make recruiting for those smaller schools all that harder. Not all college programs are rolling in money and some are lucky to break even now, others actually lose money.

We’ve had this system in place for over a hundred years that these are amateur players. This is a choice they’ve made for years. If you think it’s unfair, then don’t play college football. You knew it was just like high school football, you are an amateur. Yes that line’s a little fuzzy with the Pell Grants and other things they get, but it’s still not full blown getting paid and being allowed to do endorsements and such.

Once Pandora’s box is opened, it’s going to be impossible to close it and harder still to properly regulate it and patrol it. It’s going to be hard to imagine what will be tacked on to it and what other problems it will create.

Leave college football as it is. It’s working and has worked since the 1800’s. TDA Magazine would like your insights as to what you think is fair and what should be done. Let us know how you feel in the comment section.