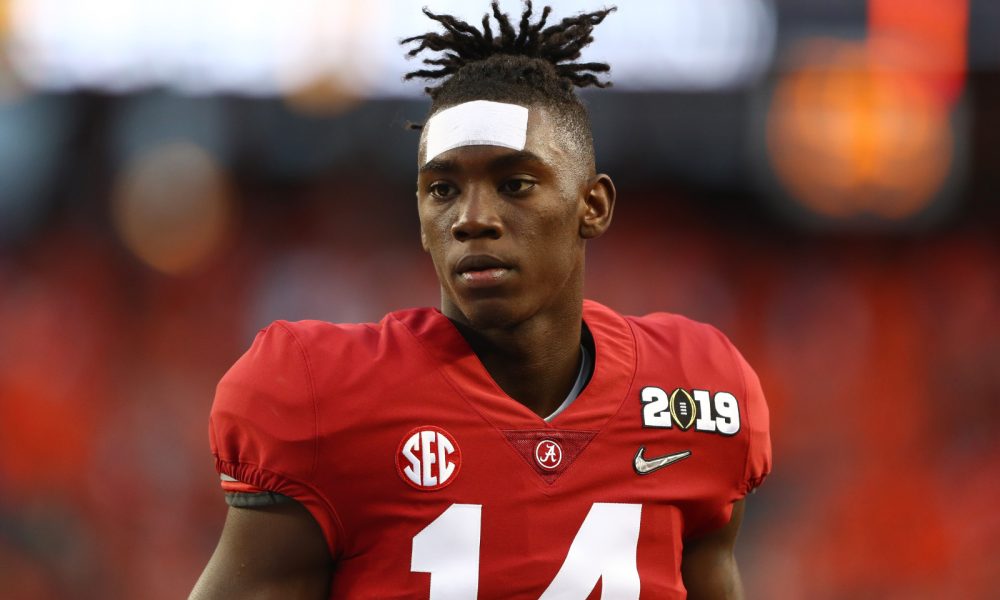 If one looks at Way-Too-Early NFL Draft projections for 2020, the University of Alabama has two receivers projected in the first round and the potential to have one more.

For the trio of Jerry Jeudy, Henry Ruggs III and DeVonta Smith, all three enter their junior seasons in the fall and Crimson Tide fans know what to expect from them. To pair alongside Jaylen Waddle, a sophomore, the question is which wide out from the second unit will rise?

Nick Saban looks at his deck of weapons with a smile, as he arguably has the deepest group of pass catchers in college football. He was complimentary of Xavier Williams, John Metchie and Slade Bolden on A-Day; however, there is another target with size that refuses to be ignored.

After having baseball fever, Tyrell Shavers returns to business on the gridiron.

With a frame that resembles former Tide receiver, Cam Sims, Shavers is training this offseason with Margin Hooks, who played for the Tampa Bay Buccaneers and Miami Dolphins at receiver.

Hooks had the redshirt sophomore practicing footwork, change of direction and pass-catching drills in a video he posted on Wednesday.

Shavers was a talent at Lewisville High School, snatching 64 passes for 1,200 yards with 20 touchdowns in his career.

He jumped off the page as a senior in 2016 with 803 yards and 13 scores on 37 catches. Shavers made his presence felt in the spring game, totaling four catches for 45 yards.

It will be a fight for him to break through, but fans have been waiting patiently for him.

Former Alabama DL Quinton Dial Retires from NFL
Why Letting College Players Get Paid for Likeness or More Could be Bad
To Top
%d bloggers like this: