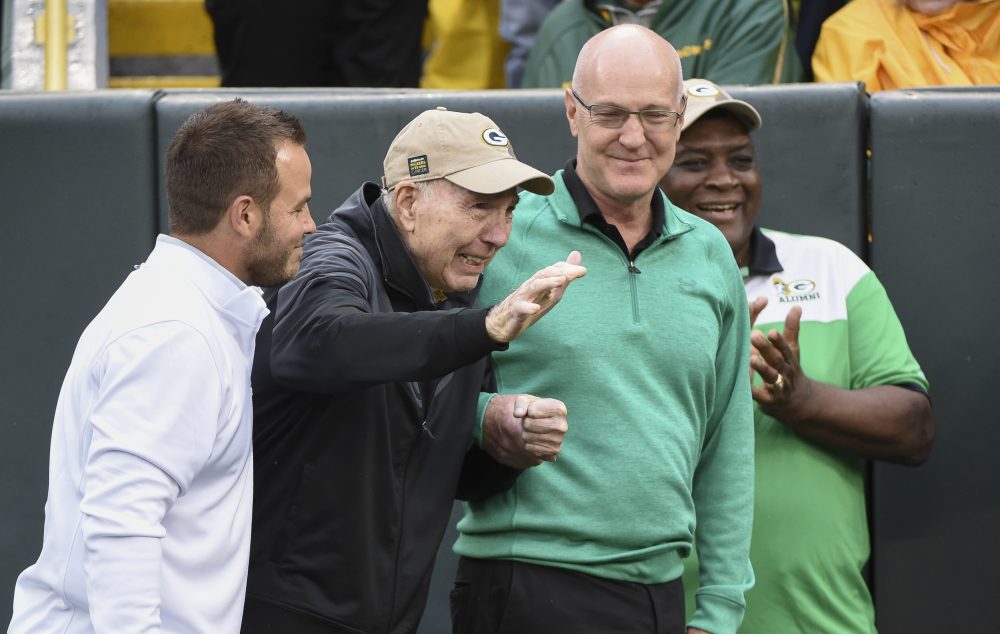 His family released a message short after:

“We are saddened to note the passing of our husband, father, grandfather, and friend, Bart Starr. He battled with courage and determination to transcend the serious stroke he suffered in Septemeber 2014, but his most recent illness was too much to overcome.

“While he may always be best known for his success as the Packers quarterback for 16 years, his true legacy will always be the respectful manner in which he treated every person he met, his humble demeanor, and his generous spirit.”

At the University of Alabama, Starr was not only the teams starting quarterback but also the punter and one of the safeties before a back injury in 1954 sidelined him for his last two years at school. He was then drafted in the 17th round by the Packers where he and Vince Lombardi began one of the most dominant stretches the NFL has ever seen. Starr went 69-18-4 as a starter from 1961-1967 including a 9-0 record in the postseason.

In 1972 Starr retired from the NFL and was hired as the Packers quarterbacks coach which he held for one season. He also was a broadcaster at CBS for two seasons and was hired again by the Packers but this time as their head coach. Starr spent nine seasons at the position and had a record of 52-76-3 with one playoff appearance.

Bryan Bartlett Starr was born on January 9, 1934, in Montgomery, Alabama. He is survived by his wife Cherry and his son Bart Jr.