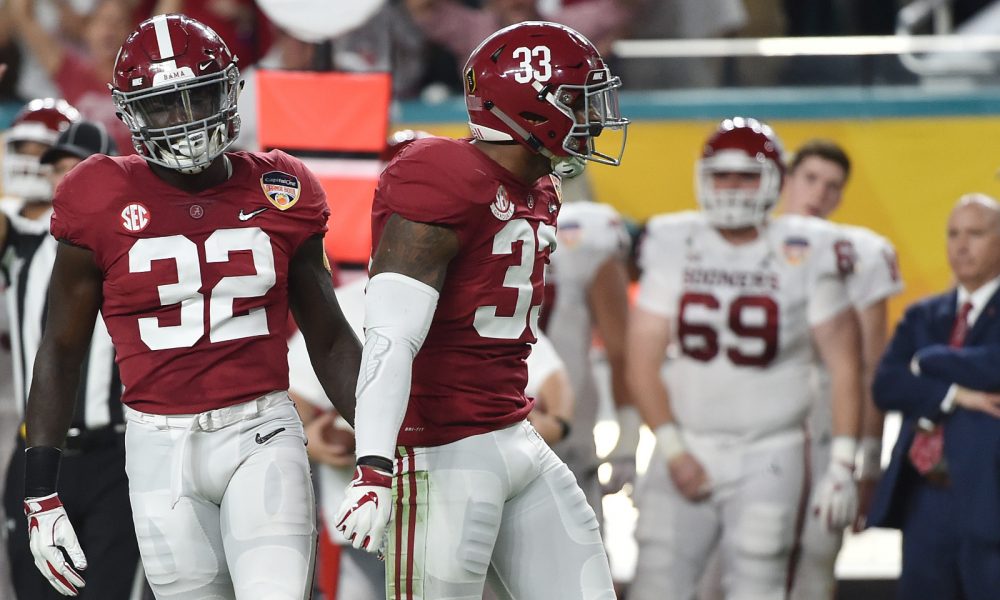 Before he potentially becomes a first-round pick in the 2020 NFL Draft, Anfernee Jennings has one final year of wreaking opposing quarterbacks for the University of Alabama.

As the Comeback Athlete of the Year via the Crimson Choice Awards, the redshirt senior totaled 50 tackles – including 13 for loss and 5.5 sacks in 2018.

He recorded a team-high 11 pass breakups and tallied six quarterback pressures, one interception, one forced fumble and one touchdown.

If he avoids the injury bug, the combination of Jennings, Terrell Lewis, Eyabi Anoma, Christopher Allen and Jarez Parks as edge rushers will not only stifle college football, but it will also get the Crimson Tide to a national championship.

According to a graphic from Pro Football Focus, Jennings returns as the Southeastern Conference’s best edge rusher. The graphic shows him being the most elite player in the conference at his position, when it comes total defensive stops.

The native of Dadeville, Ala., will get hard coaching from Sal Sunseri; however, the former four-star is used to it.

Tim Williams, Ryan Anderson and Courtney Upshaw among others all made it to the National Football League as pass rushers, and Jennings anticipates being next in line.