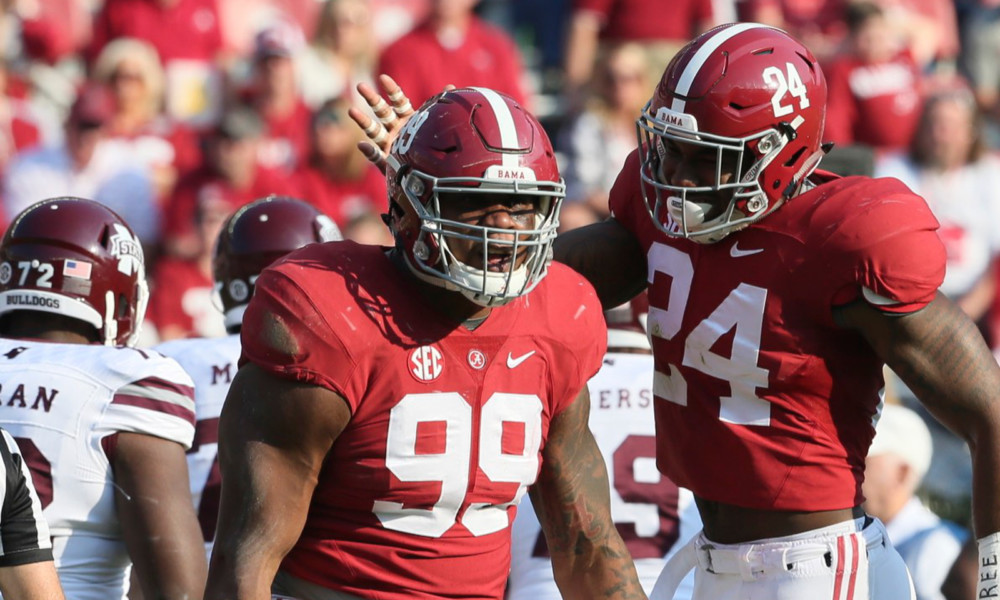 Today, we recognize men that hold one thing close to their hearts: family.

Like soldiers in the military, these men work every day to keep their households working in peace and unity. While mothers play a valuable role in the nurturing of children, a balanced individual needs both parents in its life.

As hard as it is on the average person, the goal to maintain a family is more of a challenge for an athlete – especially one in college.

For them, it is the daunting task of juggling a child (or children) with school and the burning desire of having a professional future in sports.

Sacrifices that include loss of sleep (if the child is with them in college), having parents watch their children (if they are solely focused on football) and giving up a social life all come into play for student-athletes with offspring. It is no longer them pursuing a dream, but it becomes finding a way to provide for family.

When it comes to Alabama football, two headline names – Raekwon Davis and Shyheim Carter – are taking a moment to cherish this opportunity.

Football brings a smile on Davis’ faces; however, he longs to be with his son.

A native of Meridian, Miss., the senior defensive end travels 94 miles (one hour, 24 minutes) to be with his child when he can. Part of his struggles as a junior was due to him pressing too much, in his attempts to make every play for his son. As a person who plays with much emotion, he is Davis’ smile and the reason why he chose to return for one final season.

For Carter, he has all the motivation needed to put the world on notice.

The Louisiana has two children (one boy, one girl) and is pushing for a chance to show NFL scouts why he deserves to be a first-round pick.

After having two interceptions returned for touchdowns in 2018, one can imagine the joy for Carter’s family as he faces his senior year.

Josh Jacobs, a former Alabama running back, had the most captivating story of last year.

He went from watching his father struggle in doing all he could to try to provide a better life for him and siblings, to him reaching the pinnacle to support his children. To someone who played like his life depended on it, Jacobs now has the means to give his family what he never had.

Other players like Tyrell Shavers have the responsibility of children, school and athletics; nevertheless, they are able to navigate and keep things in perspective.

To all football players for the Crimson Tide that have sacrificed for their children, a Happy Father’s Day to you.

﻿
Underrated Tide offensive line in position to win Joe Moore Award
How much pressure is mounted on Kirby Smart to beat Alabama in 2019?
To Top