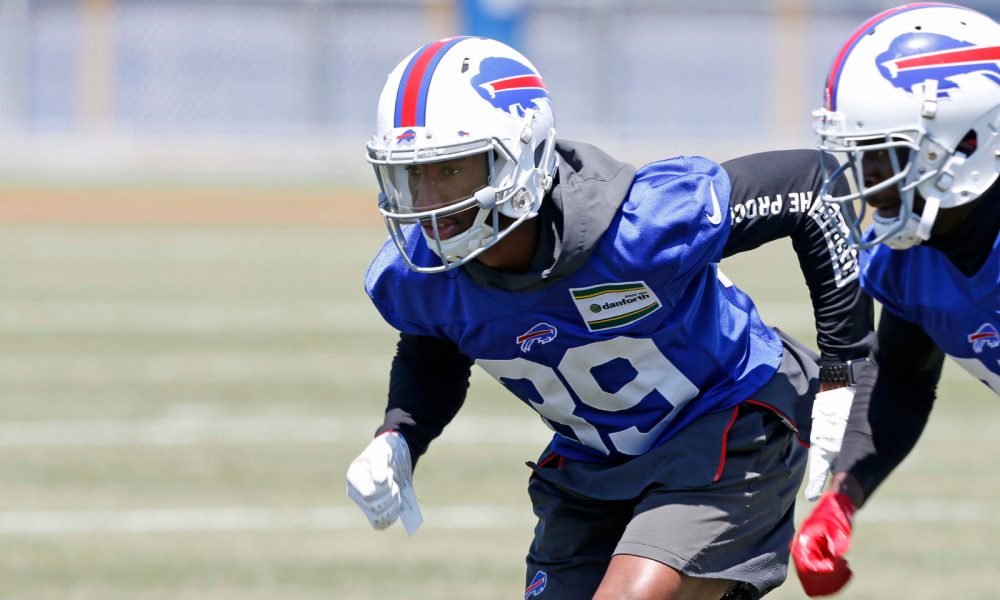 The legend is growing.

Huge news came out of Buffalo Bills’ training camp on Tuesday, as Nick Wojton of Bills Wire (part of USA TODAY Sports) was on hand.

Much excitement is surrounding Josh Allen and Robert Foster as the quarterback-receiver duo enters its second year; however, Bills’ fans are also pumped up about the defense.

Leslie Frazier enters his second season as defensive coordinator and according to Wojton, he sees some promising things in the secondary.

For a group that boasts E.J. Gaines, Micah Hyde and Tre’Davius White, the defensive back Frazier has become fond of is Levi Wallace.

An undrafted free agent in 2018 via Alabama, Wallace played in seven games last year – following his promotion to the active roster.

He collected 38 tackles, three pass breakups and one forced fumble.

Wallace was selected by Pro Football Focus as its best rookie cornerback of the season, despite him not registering an interception.

His ability to deflect passes, defend receivers tightly and make it uncomfortable for guys to create separation gave Leslie the confidence to say that the second corner spot – opposite White – belongs to Wallace as of right now.

“He’s the incumbent starter, somebody has got to take it from him,” Frazier said to Wojton.

“He’s the starter, whether there’s guys gaining on him or not. It matters, but it doesn’t matter. Levi’s the starter.”

This is a big deal for the Arizona native, especially when one considers how far Wallace has come in his progression as a player. When he arrived on the University of Alabama campus in 2014, he was a preferred walk-on.

Wallace practiced against elite wide receivers that included Amari Cooper, Christion Jones, DeAndrew White, Calvin Ridley, Robert Foster, Cam Sims, Jerry Jeudy, Henry Ruggs III and DeVonta Smith. Regardless of not having the weight at the time to compete at the Southeastern Conference level, Wallace spent hours with Scott Cochran and his staff to get his body conditioned.

After toiling for a couple of years, he would finally receive an athletic scholarship from the coaching staff prior to the start of the 2016 season.

During his senior year in 2017, Wallace became a starter.

At left corner, he locked down his side of the field and led the Crimson Tide’s secondary in breakups (15) and interceptions (three). He was among the team leaders in tackles (48) and collected 4.5 stops for loss with two sacks.

Wallace was one of the biggest reasons for Alabama winning a College Football Playoff National Championship in 2017.  Everyone in Buffalo is fighting for a roster spot, but seeing the work Wallace turns in makes Tide fans proud of him.

He has more work to do in order to pass up White as the team’s top cornerback, but Wallace has been named a starter.