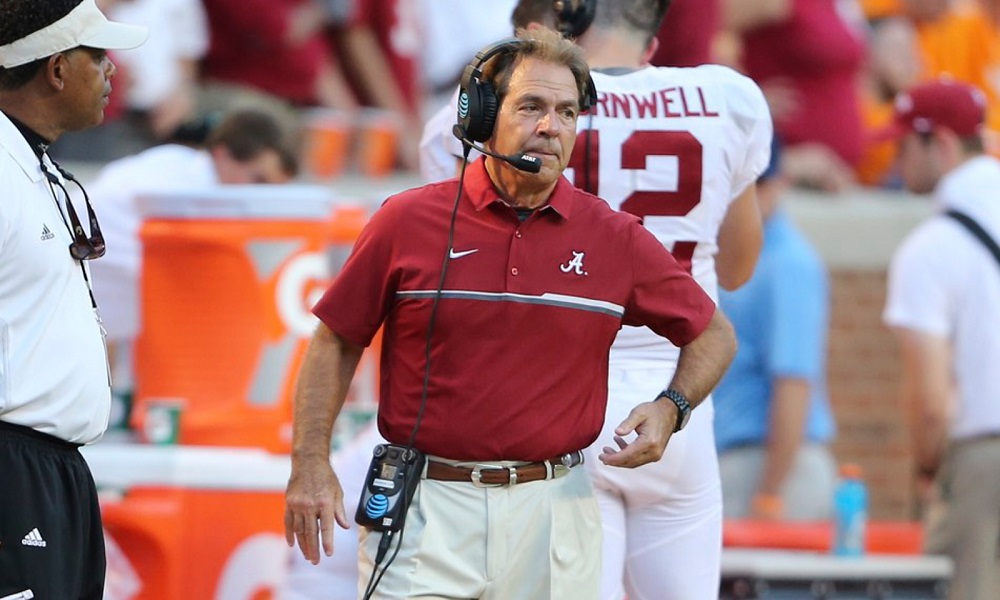 Learning from history and past mistakes is the best guide to making great decisions in the future. With that in mind, here is what should be considered next.

Before Alabama fans and the powers that be ask, what’s next after Saban, they should look back at what worked and what didn’t in the past. For the typical Alabama fan, you have no idea how truly blessed you have been. Paul “Bear” Bryant and Nicholas Saban have not been the only two giants that have blessed your sidelines.

Wallace Wade was the man who made Alabama mythical in the first place, taking a so so Southern school that others laughed at and went to Rose Bowl and played giant killers three times, winning Alabama’s first bunch of national championships in 1925, 1926 and 1930.

Frank Thomas kept Alabama in the national spotlight and in constant contention for the next decade, winning four SEC championships and his own national title and coach of the year honors as well.

When he left the sidelines in 1946, Alabama went through years of drought until Paul “Bear” Bryant heard mama’s call and came home to re-establish the Tide as a national power. Bryant kept Alabama in the national spotlight from 1958 until 1982.

When he left the sideline Alabama floundered reaching the top again for a decade until Gene Stallings finally got Alabama back to the pinnacle of college football. Stallings departure under clouds of NCAA investigation started more than 10 more years of floundering until Saban’s triumphant entrance into Alabama football lore.

For fans looking hopefully far down the road, they worry. What’s next after Saban? Will Alabama repeat it’s pattern of floundering around until the next great coach comes along? It really is something to consider. They’d better look at their history, because those that don’t study and understand history are doomed to make the same mistakes again. And for as many great men as Alabama has had, they’ve had their share of busts too.

Clearly few “coach in waiting” programs were long term answers. Will Muschamp was to take over Texas but Mack Brown held on too long and Muschamp went elsewhere to ply his trade. Jimbo Fisher waited for Bobby Bowden to finally hang it up, but failed to stay on and be the next man to coach for decades at Florida State.

Saban has no such “coach in waiting” nor will he ever have one. Saban may have some advice on a replacement, but the powers at Alabama will clearly pick the next coach. As for Saban transitioning into an AD, that might be a mistake. Saban is so hands on he’d smother any new head coach and wouldn’t enjoy a situation where he’s just a little bit in. No Saban will leave Tuscaloosa for Lake Burton, fishing, golfing and maybe celebrity TV analyst.

This article is not to speculate who may be the next coach. That’s just dumb at this point for many reasons. First of all no one knows Saban’s timeline, maybe not even Saban himself. Secondly, who is to say who the “must have” coach will be in four years, seven or ten years from now?

No what this article needs to address is how the next coach will be chosen. What steps need to be taken to assure that no group exerts more power than they should in the decision and what criteria will be used to pick the man to head the program for hopefully the next few decades.

First of all, it doesn’t have to be a Nick Saban man. Saban has had dozens of coaches he’s influenced and yet only one has a national title under his belt, Jimbo Fisher. So it’s ridiculous to think a “Saban man” is the only answer. Alabama made that mistake after Bryant and while Stallings did achieve a national title, he was not a long term solution and unfortunately left under less than great reasons. The rest of “Bear’s boys” just didn’t work out. Our next AD who picks a head coach for Alabama should well know this history and not try and repeat it.

Mal Moore is gone, but his reasoning was infallible and should live on. When faced with the decision to finally pick a coach to make Alabama great again after choosing that didn’t, he didn’t want Saban because of Alabama ties because there was none. He didn’t choose Saban because of his coaching pedigree or for any other reason other than he was a proven winner and the hottest coach he could get for this college football job with a proven winning history and a history of taking a program from mediocrity to the top.

Kirby Smart is hoping for his own statue in Georgia, he’s not coming back to Alabama. Let’s hope that like Moore visioned, Alabama will not to look at the past to find a coach, Moore tried that and it didn’t work, but to look for the future. While it’s always good to have a son come back home, that isn’t always the best answer.

Saban was a journeyman coach, plying his trade, looking for the next big salary, next big program, never staying more than six years in one spot until he came to Alabama, so it’s OK to hire a job hopper, just as long as he is the best you can get. I was asked once in Nick Saban’s presence what might have been the worst thing I ever wrote about him. Without hesitation I said, “That he’s a hired gun, but that’s OK as long as shoots our bad guys.” Saban smiled.

Moore knew he was a job hopper, but he also knew if he could get him here, he could keep him. So should the next man to do the hiring think. Just get the best. Every coach knows what fertile soil lies beneath the grass in Tuscaloosa. Every coach knows that this is the place where greatness awaits to be grown. They know this is where coaching legends are made.

But it only awaits the man who is worthy when he steps on that sideline for the first time. It’s a job not for coaches who could become great, it’s THE job for coaches who are already great and want to transcend into legend. Get that man, not a coach in waiting, not the hottest coordinator, not the best recruiter, not a one season flash in the pan. Get the best coach that’s available and let that fertile soil in Tuscaloosa do the rest.

Some coaches are scared of the big job in Tuscaloosa. They think there’s too much pressure on them, far too much scrutiny on everything they do and far too high fan expectations. So you have to hire a a guy like “Bear” Bryant, who said, “I ain’t never been nothin’ but a winner.” or Saban who has a huge ego and the drive to back it up that aren’t scared of those expectations.

If they do that, Alabama will continue into the next decades still reigning as one of the top programs in the country year in and year out.