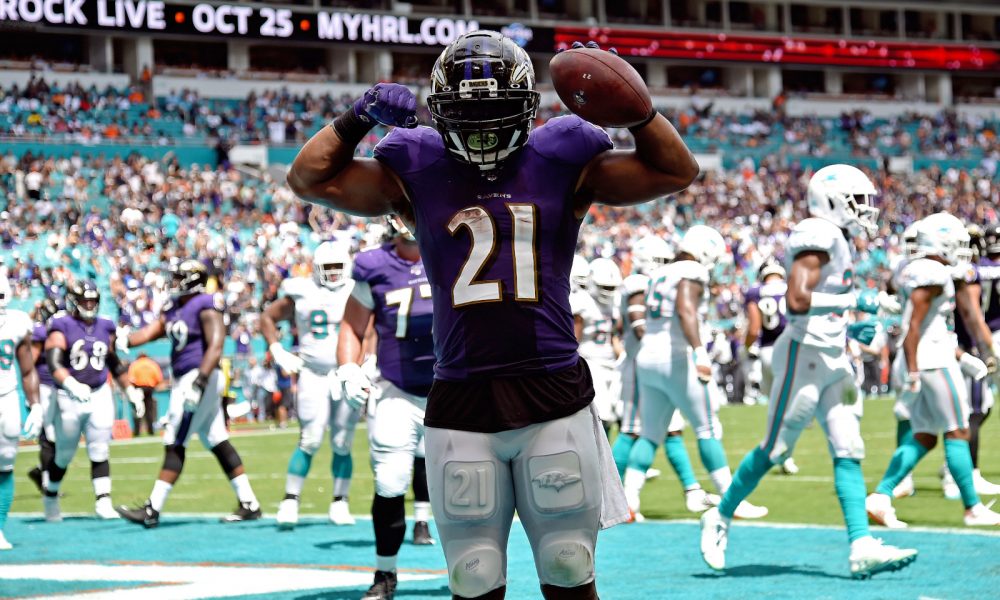 After Tony Brown’s introduction and JK Scott’s leg kicked things off for the University of Alabama alumni in the National Football League on last week, thirteen matchups took place on Sunday – including two that featured the school’s duo of Heisman Memorial Trophy winners.

Both Mark Ingram and Derrick Henry have been doubted multiple times in their transitions from college to the pros. Not having immediate success early on in his career and sustaining a few injuries had red flags raised about Ingram. As for Henry, national media used his size as a major talking point to why he would not be able to adjust to the speed and playing style of the NFL.

Ingram and Henry have not only silenced critics, but their peers in the league also voted both of them onto the NFL’s Top 100 Players for 2019.

While the 2015 Heisman winner remains with the Tennessee Titans, the Crimson Tide’s first recipient of the coveted bronze honor has changed teams and conferences, going from New Orleans (NFC) to the Baltimore (AFC).

Ingram, a first-round pick of the Saints in 2011, spent his first eight years with the team.

Now a member of the Ravens, he is about to prove New Orleans wrong for not keeping the tandem of he and Alvin Kamara together. The 2009 BCS National Champion recorded his first 100-yard performance with his new franchise, posting a game-high 107 yards rushing on 14 carries with two touchdowns in a 59-10 win for Baltimore over the Miami Dolphins.

THAT’S HOW TO START A SEASON.

He averaged 7.6 yards per carry, with his longest run going for 49 yards.

Ingram set the tone for an offense that totaled 265 yards rushing on 46 carries, tallying an average of 5.8 yards per rush. His success between the tackles led to a career performance from second-year quarterback, Lamar Jackson.

The first-round pick of the 2018 NFL Draft completed 17 of 20 pass attempts – 85 percent completing rating — for 324 yards with five touchdowns.

Henry, a second-round pick of 2016 draft, took much pressure off Marcus Mariota as the Tennessee Titans notched a 43-13 win over the Cleveland Browns.

Henry also showed fans his versatility out the backfield, taking a pass from Mariota and turning it into a 75-yard race to the end zone. He turned in a 1,000-yard season in 2018 and showed he can handle the load if the Titans just trust him. Henry’s out led to Mariota tossing three scoring passes and averaging 10.3 yards per pass attempt with a 133.3 rating.

This is going to be a strong year for Ingram and Henry.