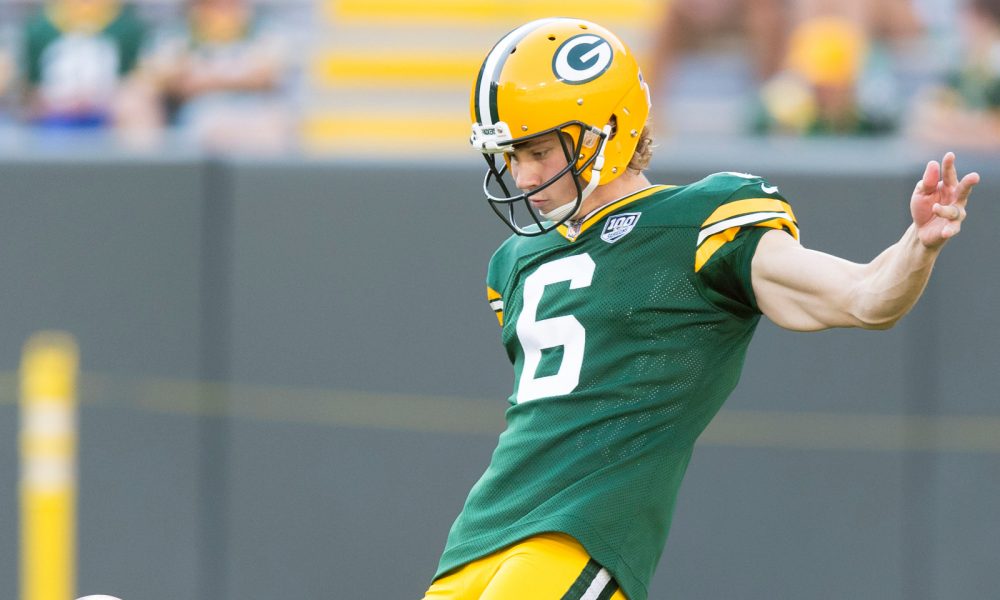 On a night where Aaron Rodgers struggled at quarterback and the Green Bay Packers couldn’t establish a rushing attack, JK Scott came through to open the season for the franchise.

Aside from one day being the National Football League’s first $200 million signal-caller and praising the defensive coordinator, Rodgers needs to be thanking the front office for choosing Scott in the fifth round of the 2018 NFL Draft. The former University of Alabama punter lifted Green Bay to a 10-3 victory on Thursday night at Soldier Field against the Chicago Bears.

The 6-foot-6, 208-pounder made Mitchell Trubisky and the Bears to drive the ball downfield many times, as five of his nine punts were either downed or fair caught inside the 20-yard line.

Despite forcing a three-and-out late in the fourth quarter, Chicago’s offense could not help its defense – especially after Scott launched a 63-yard bomb into the night sky that chased running back, Tarik Cohen inside the 10-yard line. A native on Denver, Colo., the golden leg had a performance that reminded Crimson Tide fans of what he accomplished from 2014 to 2017.

He led college football in punting as a freshman, averaging 48 yards a boot in 2014.

He was magnificent to start the 100th season of the NFL.