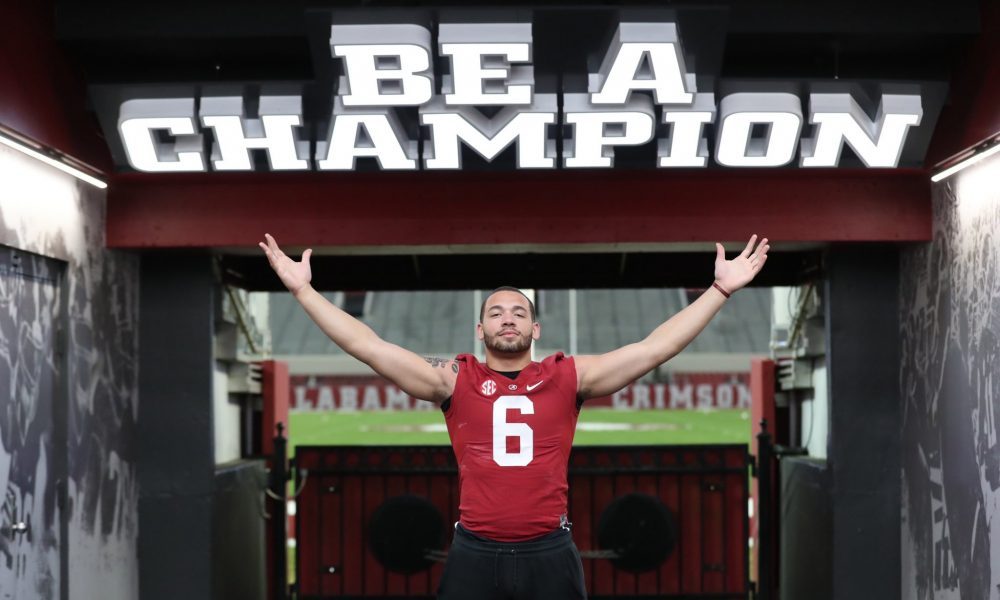 Sources have informed Touchdown Alabama, that five-star freshman defensive lineman Antonio Alfano has put his name into the NCAA transfer portal. Alfano was one of Alabama’s top-ranked recruits coming into the 2019 season and was originally seen as a player who had a chance or breaking into the rotation. But after struggling a bit through training camp Alfano found himself in a steep position of the depth chart.

But the more concerning news recently has been his behavior off of the field. Although it is unclear what exactly happened, it was enough for Nick Saban to sideline him.

“He’s going through some discipline things with me,” said head coach Nick Saban in a press conference following the New Mexico State game. “If he tells you what he’s supposed to do — but I’m not going to tell you what. But whether it’s academic, which that has something to do with it, and being responsible and accountable to do what he’s supposed to do like every other player on our team. So, we want him to get right, we want to help him, we want to help him do the right things. But he’s got to make those choices and decisions too.”

Antonio Alfano’s parents confirm that their son has entered the portal.

Although he’s in the transfer portal, he still can decide to remain at the University of Alabama.

My opinion is that Antonio should stay at the University of Alabama. However he’s an adult and it’s his decision.

Antonio knows that his family has & will always be there for him.

The family also stated that Antonio’s grandmother is very sick and the two are very close which explain his absence from class and practice.

Antonio’s grandmother recently fell very ill and is still fighting on life support. He is very close with her. Since this illness took effect, Antonio has taken it very hard. He has not attended classes and practices.

Alfano was not seen at practice during the media viewing periods this past week leading up to the South Carolina game, which prompted Saban to be asked if he had another update.

If Alfano decides to leave school he will be the ninth player from Alabama to do so in 2019.