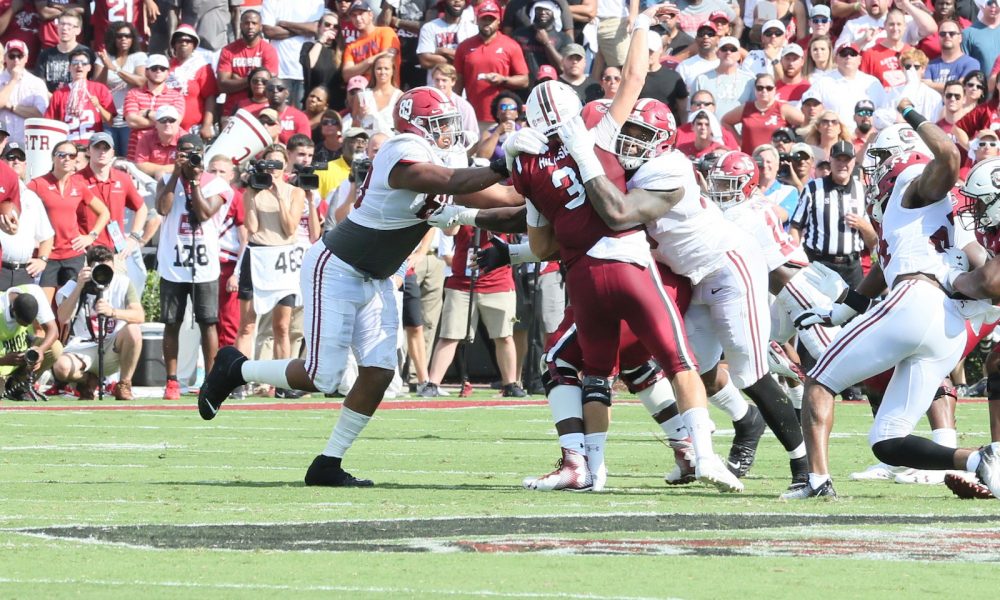 Another injury has hit Alabama’s defense.

For a unit that is already without Dylan Moses (knee) and Joshua McMillon (knee) for the season, the Crimson Tide did not have LaBryan Ray in the second half of its matchup on Saturday against South Carolina.

Despite totaling two tackles, the junior defensive end left the game early and despite getting a victory, Nick Saban said Ray will be ‘out for a period of time.’

“He’s got the same foot that was bothering him in the game,” Saban said of Ray.

“We will have to do an MRI and see what’s going on with that and figure it out either Sunday or Monday. We do not know the extent of the injury.”

The 6-foot-5, 294-pounder suffered an ankle injury over the summer and had surgery on it prior to the team entering fall camp. Ray missed the first couple of practices, which allowed for Justin Ebiogbe to earn some early reps at defensive end with the first group. Hopefully, the injury is not serious as the former five-star provides Alabama with another inside pass rusher on its front.

The Tide will host Southern Mississippi next week at Bryant-Denny Stadium.