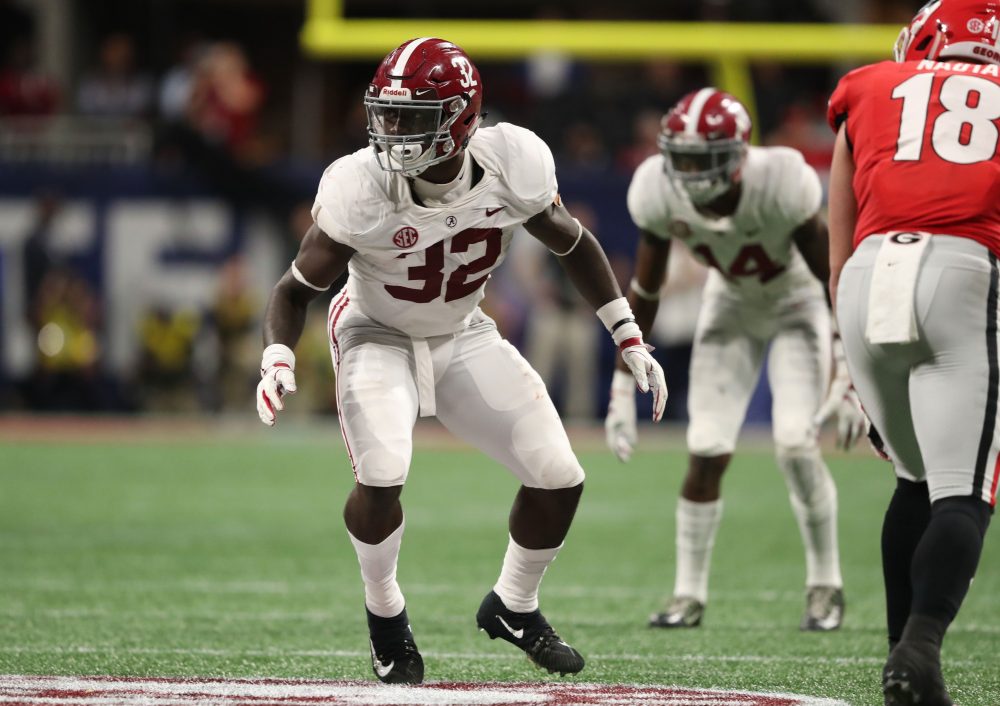 Yes these injuries are hurtful to Alabama’s team for the present, but looking longterm there could be benefits. See what they are and if you agree.

If you go through the list of injured players on Alabama’s team, it could give rise to concern at first. Certainly losing this many players could hurt the Tide. Let’s take a look at that list.

The first four on this list could be back by the “meat of the schedule” and when they return Alabama will have players with a lot of game experience that will be much better reserve and platoon players. This could serve the Tide very well as they through the last four games of the season.

But what about the players who out for the season? How can that help Alabama? These players are Dylan Moses, Joshua McMillon and Trey Sanders.

Well, the answer is both selfish and unfortunate for the players, but great for Alabama. With the type of season

Dylan Moses was expected to have this season, he may have faced a decision to leave early for the NFL draft, now he’ll almost without a doubt come back next season to show the NFL scouts what he is capable of doing. Since he has never been red shirted and can use that this season, technically he will have two more years to play at Alabama if he chooses and that is great news for the Tide.

Joshua McMillon might be able to return by the playoffs, maybe not. His type of injury heals differently with different people. Should he be able to help in the playoffs, it would be a welcome boon for the Tide as a reserve and special team player and he might could still claim another redshirt year and return as a sixth year senior.He had one red shirt year in his freshman season and was not a player who would have started this year, but he could be a key contributor if he came back for another season.

Trey Sanders is a freshman who was supposed to have some significant touches this year. However now, he’s looking at this being his red shirt year. This will really help the Tide as he’ll still participate in film study and being coached and Alabama will have someone ready to go next season. Being the number one running back in the country, he would have never been red shirted, but now they’ll have him for at least one year longer than they may have.