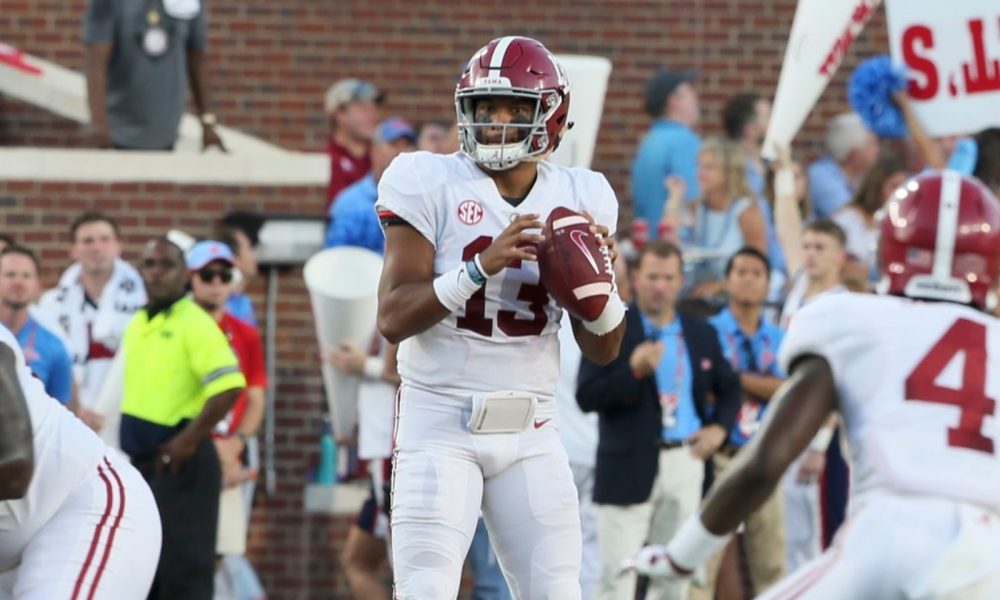 In year two as the full-time starter for the Alabama Crimson Tide, junior quarterback, Tua Tagovailoa is on pace to shatter his Alabama passing touchdowns record set a year ago, and set the NCAA single-season record with over 60.

In just five games this season, Tagovailoa has a staggering 23 passing touchdowns, which assuming Alabama wins one more to officially be bowl eligible — he is on pace to eclipse former Hawaii quarterback, Colt Brennan’s record, which has stood for 13 years.

One could argue Tagovailoa would have been in the running last year had he played in the fourth quarter more. In 2018, he played the first 8 games without taking a fourth quarter snap, yet ended the season with 43 passing touchdowns.

This year, he has played in all four quarters of the first five games, and the plan appears to ensure he gets those meaningful reps regardless of the score.

Should this pace continue, and with the stable of receivers Tagovailoa has making his job easier, he could very well etch his name in the history books — again.

Alabama QB Tua Tagovailoa: TDA’s Heisman update after week five
Alabama passes Clemson for the no. 1 spot in the AP Poll
To Top