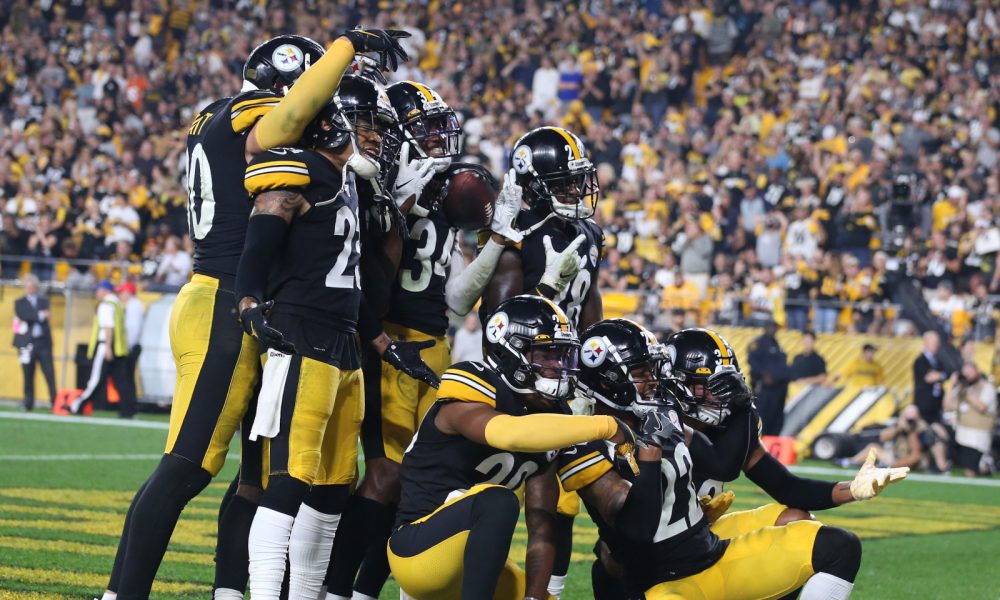 He was a safety through high school and college, but the switch to linebacker is beginning to make sense for Mark Barron.

The former University of Alabama standout is now one of the leaders of the Pittsburgh Steelers, and the once hard-hitting defensive back is now trying to restore the respect of the “Steel Curtain” that is the defense at Heinz Field for the franchise.

After three losses to start the year, Barron felt like enough was enough on Monday Night Football versus Cincinnati.

The eight-year veteran led a charge reminiscent to what he captained for the Crimson Tide. Barron guided a defensive front that sacked Bengals’ quarterback, Andy Dalton eight times, while he collected an interception in a 27-3 win for Pittsburgh.

The 6-foot-2, 230-pound enforcer totaled a team-high 11 tackles (eight solo), one tackle for loss and one pass breakup with his pick. Cincinnati had neither a 100-yard rusher nor a 100-yard receiver against Barron’s group.

Since being traded to Pittsburgh from the Rams, he has been a voice on the field and in the locker room.

Mike Tomlin, head coach of the Steelers, sees Barron as a high character player and an individual that can guide the team to the playoffs this season.

Not in our house 😏 pic.twitter.com/LQtQZtqqnx

A native of Mobile, Ala., Barron was twice named an All-American under Nick Saban and contributed to two BCS National Championship teams in 2009 and 2011. While his seven interceptions led the team in 2009 (freshman), he was part of the 2011 group that led college football in all five major defensive categories.

As a first-round pick of the 2012 NFL Draft, Barron has taken the same principles and has built success in his professional career.

With it now having Minkah Fitzpatrick and Isaiah Buggs, both players for the Steelers look no further than to Barron for guidance.