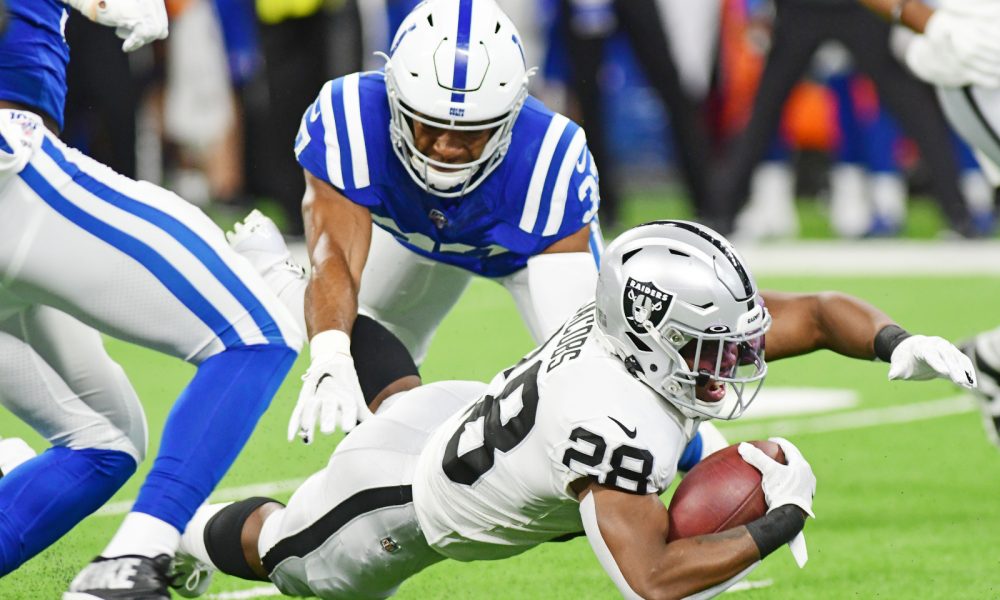 With a few teams gaining confidence offensively, it remained a big week primarily for defensive alumni members of the University of Alabama in the National Football League.

Despite a couple of franchises visibly tanking for next year’s NFL Draft, listed below are the former Crimson Tide standouts that delivered strong performances for their respective teams.

Week Five stars in the NFL

After a pair of 80-plus yard rushing games to start the year, Derrick Henry had his first 100-yard outing of the season on Sunday versus the Atlanta Falcons. The 6-foot-3, 247-pounder collected 100 yards on 27 carries, with his longest rush going for 16 yards. He took pressure off Marcus Mariota, who attempted 27 passes and completed 18 of them – including three for touchdowns.

Henry earned every yard at Mercedes-Benz Stadium, but he did enough to wear the Falcons’ defense down and pushed the Titans to a 24-10 win. He now has 210 yards rushing with three scores on 51 carries through four games.

He is growing into the linebacker Mike Vrabel wants him to become.

Rashaan Evans had a monster game for the Titans against the Falcons, as he carried a team-high 10 total tackles – including a shared sack. He affected Matt Ryan in the pocket a couple times and stifled Atlanta’s run game, which forced the former league MVP to attempt 53 passes.

Evans limited the Falcons to 58 yards rushing on 17 carries.

One of the Raiders’ three first-round picks from this year’s draft has become the second-most important player on the roster.

Josh Jacobs, running back, is behind Derek Carr in order of importance and Jon Gruden is starting to see how valuable the selection of Jacobs was. The former three-star had his first 100-yard game from scrimmage against Denver, and he returned to frustrate another AFC defense this week. Jacobs tallied 108 total yards (79 rushing, 29 receiving) on 19 touches in Oakland’s 31-24 victory over Indianapolis on the road.

Cleveland dropped 40 points on the Ravens in a win; however, Mack Wilson made noise on defense for Dawg Pound.

The fifth-round pick at linebacker helped his head coach – Freddie Kitchens – get a win by amassing seven total tackles and one pass breakup versus Baltimore. Wilson assisted a defense that forced two fumble and create a pair of interceptions off second-year quarterback, Lamar Jackson.

The Browns are undefeated on the road thus far.

Three of its first four games have been nail bitters, but Chicago Bears keep finding ways to win on defense. Ha’Sean “Ha Ha” Clinton-Dix was huge from his safety position, as he was credited with four total tackles and one fumble recovery against the Minnesota Vikings.

Jacksonville is in a good spot, bouncing back from an 0-2 start.

The Jaguars have won back-to-back games and while the focus has been on quarterback, Gardner Minshew, Ronnie Harrison has accounted for huge plays in critical moments. He struck again on Sunday versus Denver, chiming in with five total tackles, one breakup and one interception.

The takeaway was Harrison’s second career pick, and it helped the Jaguars edge out a 26-24 win over the Broncos.

As for offensive tackle, Cam Robinson, he guided Leonard Fournette to a career day on the ground with 225 yards on 29 carries. He had a long run of 81 yards and despite not scoring, Robinson propelled the former LSU standout to an average of 7.8 yards per carry.

Marlon Humphrey puts Odell Beckham Jr. in a choke hold in loss to Browns
Mark Barron anchors Steelers’ defense to dominant outing versus Bengals
To Top
%d bloggers like this: