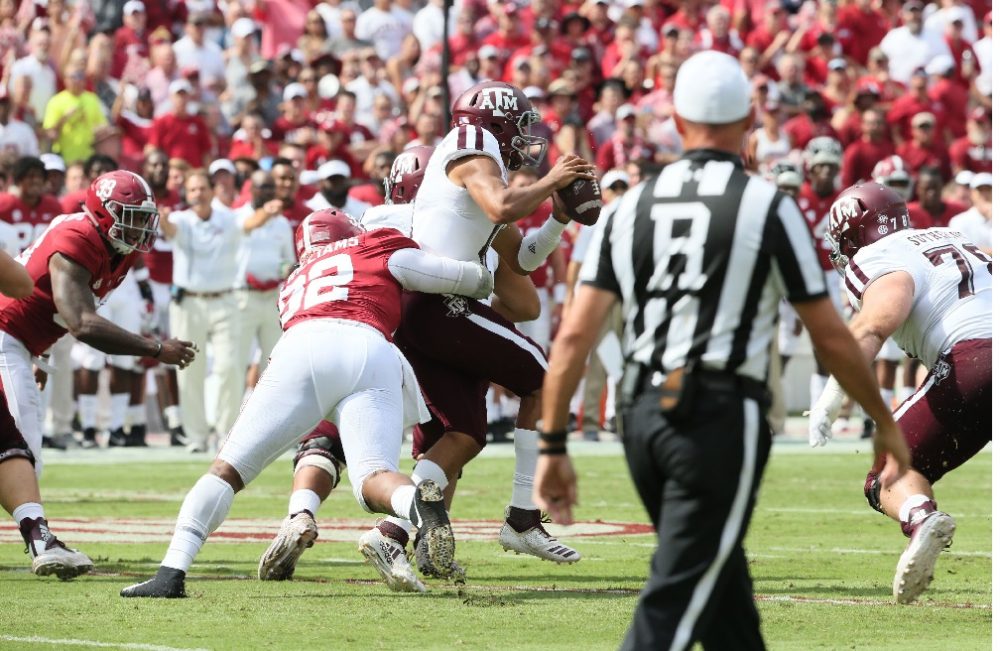 Texas A&M was thought to have been a great team this season, but with five games to look at , any notion of Aggie greatness is certainly in question.

Before the season started, many in the press, including myself, thought that Texas A&M would be a good team this season, but saddled with the schedule they have they would struggle.

Now that the Aggies have played almost half their games, it’s pretty clear they aren’t quite the good team that many thought they’d be and these are the key reasons.

Week one they played the Texas State Bobcats from San Marcos, Texas, yes, I’d never heard of them either. They beat them as would any SEC team as this was an embarrassing cupcake game.

They played a great team week two, Clemson, and unlike the game they played them last year, this year’s contest wasn’t even close and they just got flat freight trained.

Week three they whipped up on a real cupcake, Lamar University from Beaumont, Texas. That told us absolutely nothing because any SEC team would have killed them. It was just as embarrassing as the nothing school they played week one.

Week four they had what many felt was a “good loss” to Auburn. The final was 28-20. But after Auburn’s big one touchdown performance against Florida, many are now wondering if that was a good loss to a good team or just a loss to another SEC middle of the pack team as Auburn looks now.

Then in week five of their season, they were taken to the wire by the worst team in the SEC West, Arkansas. That made everyone in press take a totally different look at Texas A&M.

Now it looks like we will have to wait until November 9th when Alabama takes on LSU to see how Alabama handles a team that would be considered great or at least above average. What appears to be true about Texas A&M, at least at this point in the season, is that they are not great and doesn’t appear to even be above average. Of their three wins, two were embarrassing cupcakes and the other was the worst team in their own division.

Based on this, this week’s game with the Aggies won’t really answer any of the questions that many of us in the press have at this point concerning Alabama.

And what are those questions?

Certainly no one is questioning the enormous talent of offense and the Crimson Tide’s ability to score points on anyone. The questions are concerning the Alabama defense to stop another team’s prolific offense.

After giving up 23 points to an average South Carolina team that may not make bowl season and then 31 points to a less than average Ole Miss team, there is real reason to worry that they may have sincere problems stopping a top flight team that’s scoring points the rate that LSU is.

At least they can measure how they do against a team that also played Clemson, a likely opponent should Alabama make the college playoffs again this year. And that may be the only thing that Alabama gets from their contest this weekend.