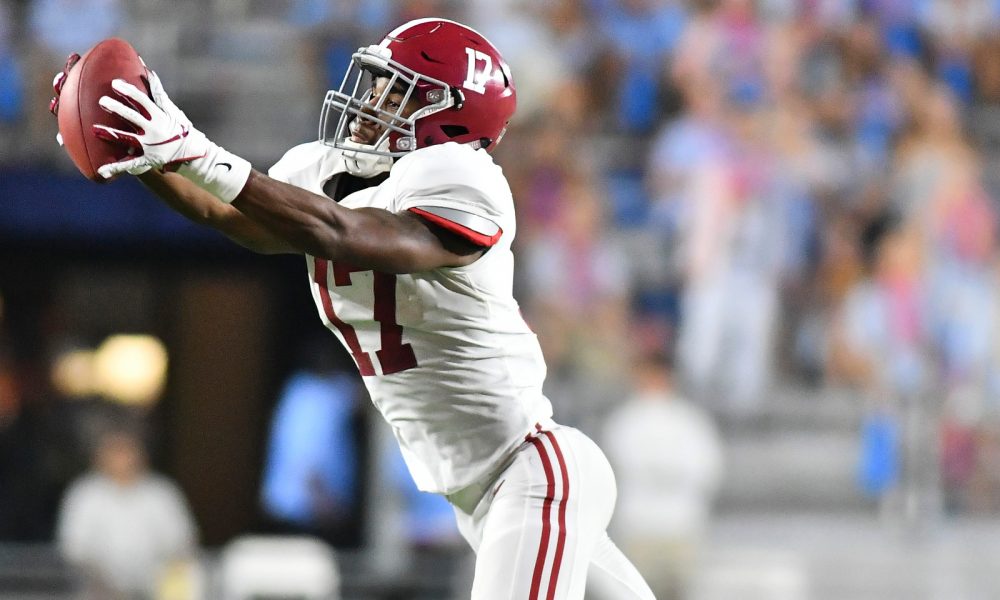 As a quarterback, Tua Tagovailoa has the best group of wide receivers in college football.

One can also add the most unselfish group to the list. As talented as the unit is, the quartet of Jerry Jeudy, Henry Ruggs III, Devonta Smith and Jaylen Waddle all are selfless players.

Each individual wants to see the other do well and it has become so contagious that they compete over who is the best blocker.

On last week, Smith said Jeudy and Ruggs were better than him in Alabama’s win over Mississippi.

When it comes to Waddle, the sophomore is trying to get on the same level as the other three.

In speaking with reporters on Monday, the native Texan said his best block came on Jeudy’s touchdown reception against Duke to open the season. He has yet to record a score through five games; however, Waddle has the right idea in wanting to help the team in anyway he can.

The former four-star knows that his time in the end zone will come, but for now it’s assisting the players around him.

He has somewhat of a homecoming matchup this week, as the Tide faces Texas A&M at Kyle Field.