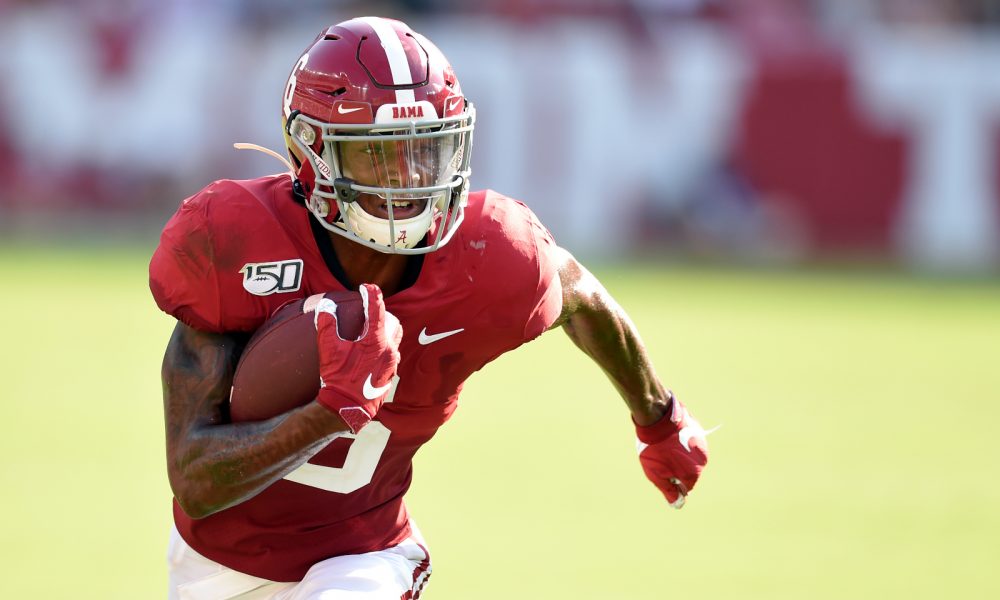 He is not one for the attention, but one game caused national media to look in his direction and value the worth he brings at wide receiver in college football.

DeVonta Smith, a junior at the University of Alabama, was added to the Fred Biletnikoff Award watch list on Wednesday morning.

Named after College and Pro Football Hall of Famer, Fred Biletnikoff, the honor is presented to the best receiver in the sport.

A native of Amite, La., Smith put on a show versus Mississippi two weeks ago at Bryant-Denny Stadium.

The 6-foot-1, 175-pounder set a single-game school record for receiving yards (274) and touchdowns (five) as the Crimson Tide powered to a 59-31 win over the Rebels. Smith averaged 24.9 yards per reception and garnered accolades from the Southeastern Conference and Walter Camp Football Foundation.

Through five matchups, he leads Alabama in yards (537) and scores (eight) on 31 catches.

Smith’s output in yards has him tied for ninth in Football Bowl Subdivision and his touchdowns have him tied for third in the nation. Both his 100-yard performances have come against SEC programs (South Carolina, 136 yards) and he is averaging 107.4 yards per game this season.

He takes his big-play abilities to Kyle Field on Saturday, and hopes to record a marquee outing against Texas A&M.