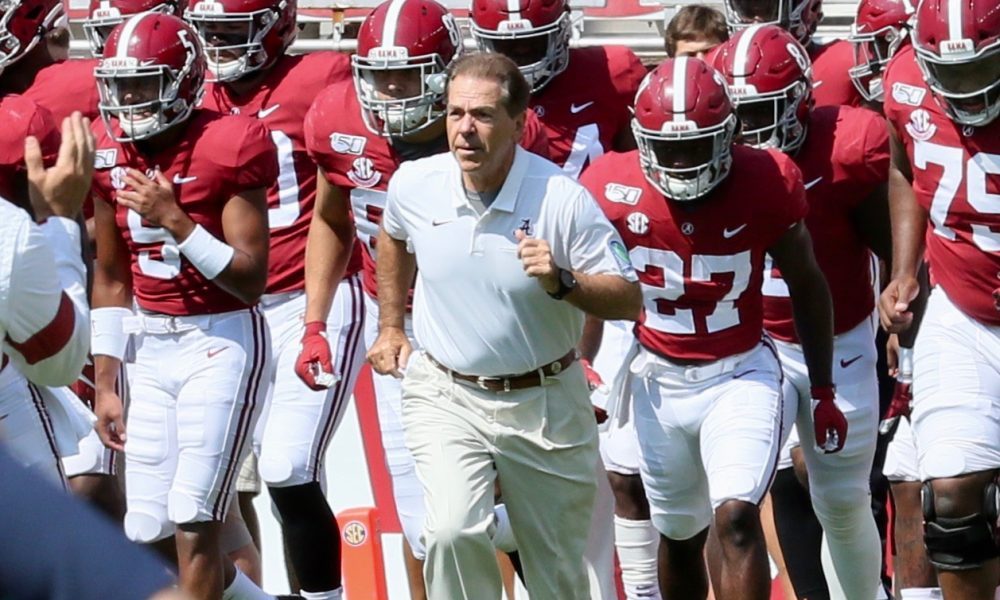 Alabama is set to take on their first top 25 opponent of the season in No. 25 Texas A&M. Touchdown Alabama’s staff provides their predictions for today’s matchup in College Station.

Key Insight: The key for Alabama is to have a statement game on defense. Raekwon Davis and Terrell Lewis must set a physical tone with Anfernee Jennings. Alabama has to contain the outside and force Kellen Mond to beat them by throwing the ball consistently. The offensive line needs to flex some muscle in the rushing attack.

Key Insight: Coming off of a bye week, Alabama is looking to keep their season going strong. The Tide’s offense may have to shake off some rust from the week off, but will bounce back and explode. This game’s outcome will depend on Alabama’s defense as they have not played up to the Alabama’s standard. If they want to get back to that standard, Saturday in College Station would be a good time.

Key Insight: Since 2012, Alabama is undefeated when traveling to Kyle Field and judging by how Texas A&M faired against Arkansas, Alabama should be expected to have a lot of success. Coming off a bye week should also prove useful for the Tide’s defense even if the Aggies find their way into the end zone a couple times.

Alabama’s defense bringing a statement game versus Texas A&M
Tua Tagovailoa breaks another school record as Alabama heads into halftime
To Top
%d bloggers like this: