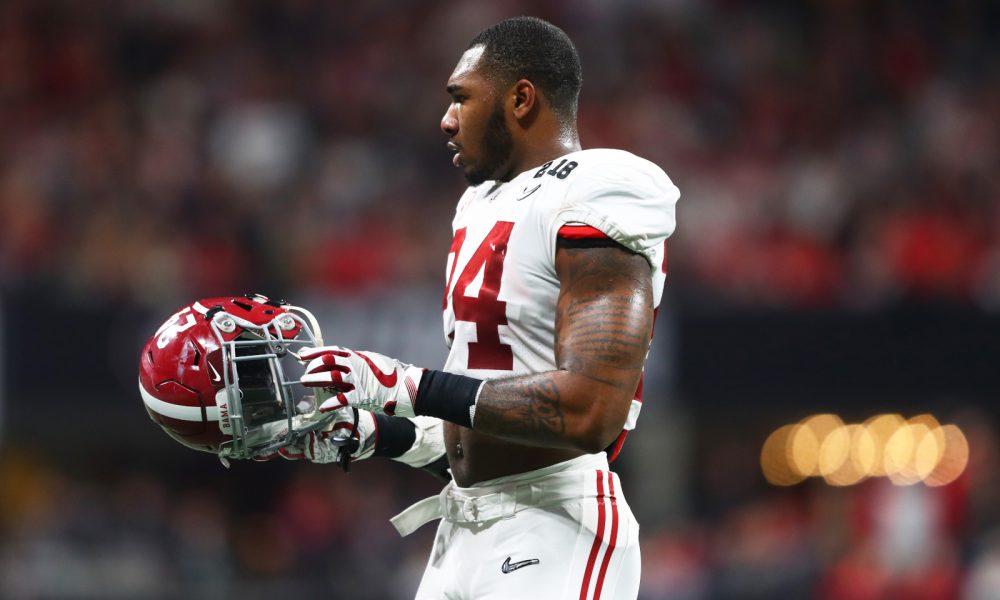 Fans of Alabama football would have rather seen it earlier; however, it is better to have it late than not at all.

As the Crimson Tide begins the second half of its season at 2:30 p.m. against Texas A&M, an identity must be discovered on both its offensive line and defensive front.

Nick Saban’s announcement of Landon Dickerson and Deonte Brown as starters provides a better feeling on offense, but it is time for the veteran leadership on defense to step up.

Alabama is favored by 17 points and while Saban named Xavier McKinney and Anfernee Jennings as the team’s most productive players, guys such as Raekwon Davis, Terrell Lewis, Shyheim Carter and Jared Mayden need to pitch in and remind college football on how this defense is still capable of shutting opposing down.

Regardless of it being better than popular opinion (which says it bad), Saban knows his group has the potential to excel.

Containing Kellen Mond and creating turnovers will be the two aspects of focus.

Despite his athleticism, Mond needs help from his offensive line – which the Aggies have been questionable up front all season. Texas A&M has struggled to established the rushing attack and looked uninspired at times in marquee games.

The fan base at Kyle Field knows its team is capable of challenging, competing and possibly beating Alabama; nevertheless, can it equal the physicality and anger of a defensive unit who has dealt with many negative external comments?

We will have our answer soon.

Even with freshmen, Alabama understands what time it is.

The game of football is evolving, but defense still plays a major role in winning championships. A push for the College Football Playoff starts today, and the Tide is ready to bring chaos into College Station, Texas.