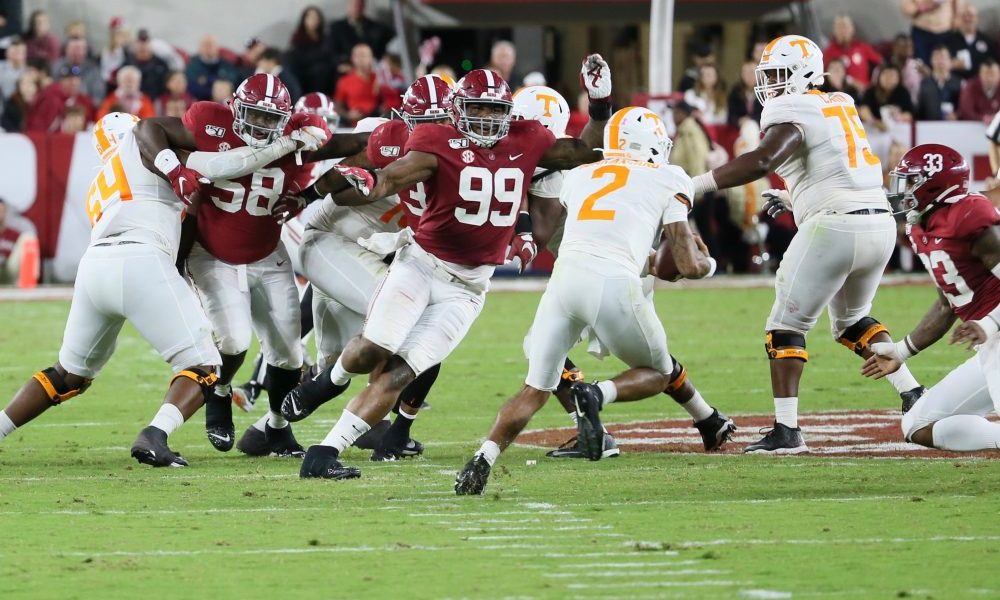 After last Saturday’s game it seemed as if everyone needed a bit of a pick me up. Notably Alabama quarterback Tua Tagovailoa who suffered a high ankle sprain which required surgery the following Sunday.

But following the team’s 35-13 win, senior defensive lineman Raekwon Davis decided to to send his quarterback some positive vibes in the form of song.

With so much concern around the team’s star quarterback it’s nice to see that some are approaching the situation with a positive attitude. Tagovailoa himself even told teammate Terrell Lewis that he will be back for LSU despite having no timetable to return.

Alabama will take on LSU on Nov. 9 giving Tagovailoa nearly 20 days to recover from surgery. The team also has a bye week before the matchup.

But in the meantime, perhaps the focus should be on getting the two to collaborate on a single since Tagovailoa has also been no stranger to showing off his vocals.

Alabama vs. LSU will have a 2:30 CT kick off on CBS
Alabama OL Alex Leatherwood earns SEC weekly honor
To Top
%d bloggers like this: