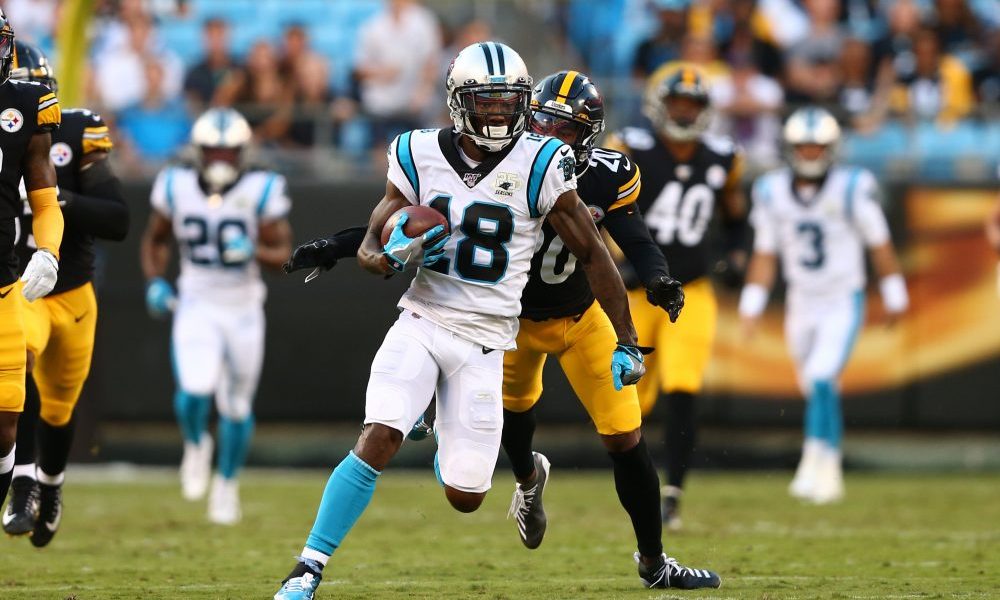 After not appearing in game action since 2017, the Carolina Panthers announced on Tuesday that they have promoted former Alabama wide receiver DeAndrew White to the active roster. White’s last game in the NFL came in a regular season game with the Houston Texans back on Dec. 17, 2017.

Originally drafted in 2015 by the San Francisco 49ers White played four games his rookie year and caught two passes for 18 yards. In 2016 White joined the New England Patriots practice squad where he was able to earn a Super Bowl ring despite not getting promoted.

Following the 2016 season White ended up in Houston where he was promoted to the active roster for two game and recorded one catch for 24 yards on seven targets. This past year, White returned to the Texans training camp but was eventually cut by the team.

He would later get picked up by the Denver Broncos but couldn’t do enough to remain with the team and was released again. White rounded out 2018 spending the last seven games on Carolina’s practice squad where he was able to remain until today.

White was apart of a pair of BCS National Championship while at Alabama. He played four years with the Crimson Tide where he caught 94 passes for 1,294 yards and 12 touchdowns. The Houston native is currently 18th on Alabama all-time receptions leaders and is also 13th in touchdowns and 22nd in receiving yards