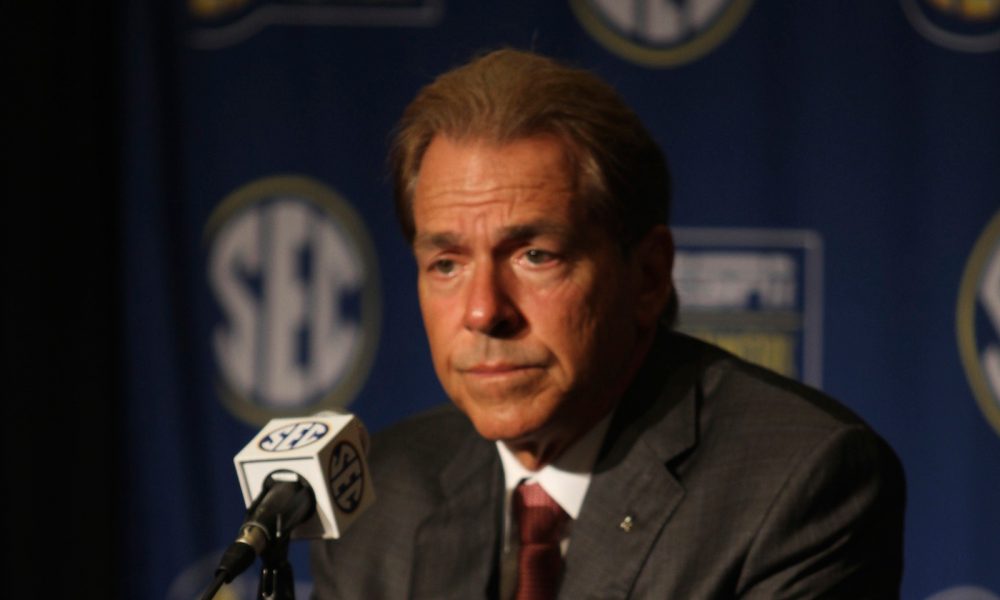 The 2019 season for the Alabama Crimson Tide is shaping up to be as dramatic in recent memory even a Hollywood script could not do it justice.

With a host of injuries to impact players prior to the season, and now its Heisman front-running candidate quarterback, Tua Tagovailoa sidelined with an ankle injury — weeks before the biggest game of the year — there’s enough for fans to panic.

Same could be said for the Las Vegas sports books, who many have been favorable for the Tide’s chances of not only heading back to the College Football Playoff Championship, but even winning as well.

Fast forward now, and the tone has lowered a bit as some are backing off slightly on their predictions each week.

According to FOXBet, Alabama was the -137 favorite to win the SEC, followed by LSU (+225) and Georgia (+300) before its matchup against Tennessee.

This week, after the loss of Tagovailoa and the unknown lasting effects of his injury, those odds appear to be fading, and could also be a trend.

Related: Fans should rally around Mac Jones with Tua Tagovailoa out

With backup quarterback, Mac Jones taking the reins at quarterback this week against the Arkansas Razorbacks (2-5 on the season), pressure mounts for him to prove the Tide won’t miss a beat — even against a struggling opponent.

While Vegas is not a sure thing, this is something to note moving forward.