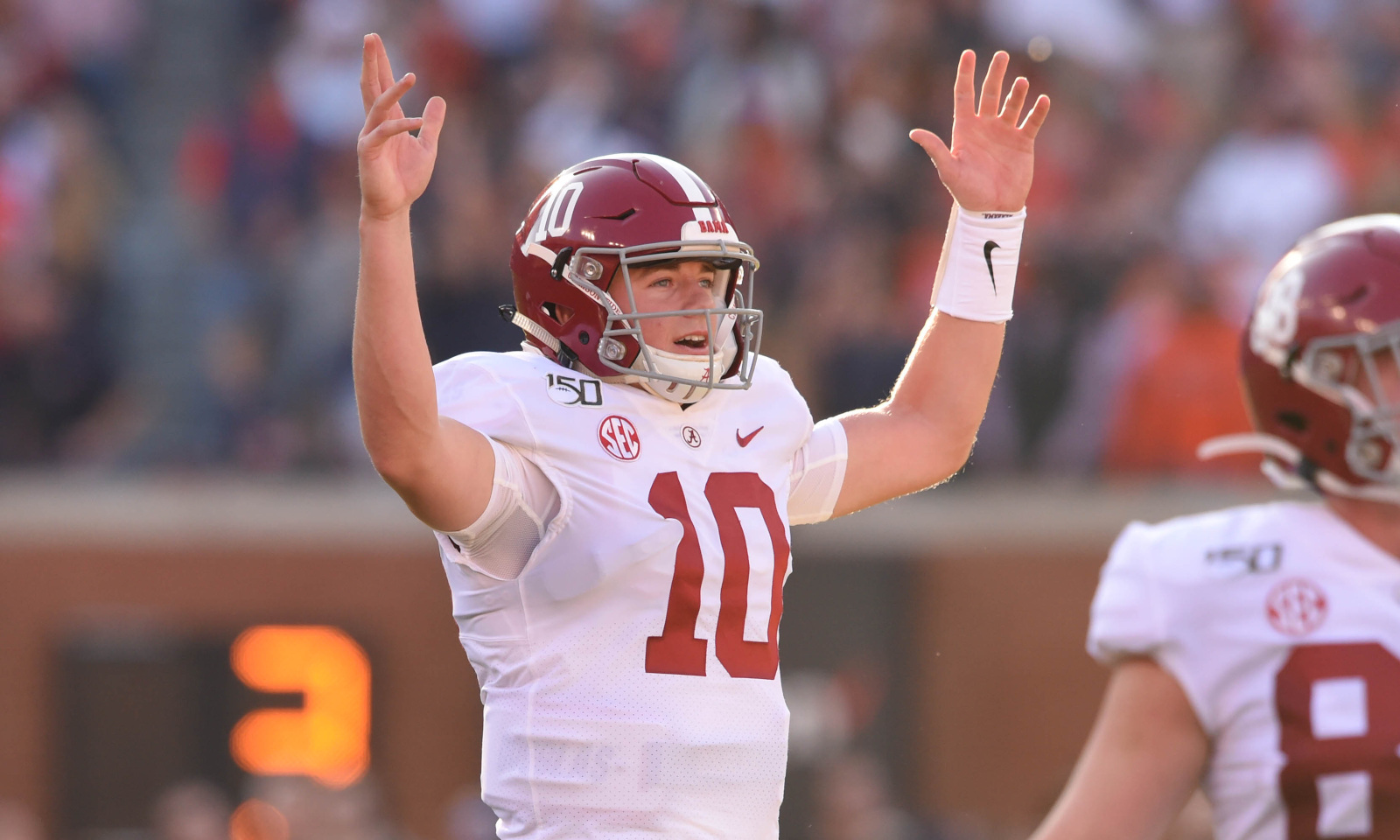 The University of Alabama has had countless record-setting, national championship-winning quarterbacks that have come through its football program. It has even produced signal callers that went on to the National Football League and captured Super Bowls; however, the Crimson Tide has yet to have a quarterback win the Heisman Memorial Trophy in college football.

Despite having legends such as Bart Starr, Joe Namath, Kenneth Stabler, Walter Lewis, Jay Barker and John Parker Wilson among others, the closest Alabama has gotten to the coveted bronze award was Tua Tagovailoa (2018) and AJ McCarron (2013) finishing second in their respective years.

While the belief is in Bryce Young becoming the first Tide quarterback to win a Heisman, the odds makers in Las Vegas seem to favor another guy on the roster. Odds analysis was provided by WagerTalk back on Feb. 10.

Mac Jones, who enters his redshirt junior year in the fall, has the fifth best odds to win at 25/1.

The group of Travis Etienne (Clemson, 20/1), Sam Ehlinger (Texas, 14/1), Jamie Newman (Georgia, 14/1) and Spencer Rattler (Oklahoma, 12/1) are four players ahead of him. The duo of Justin Fields (Ohio State) and Trevor Lawrence (Clemson) at the quarterback position are tied with the highest odds of 4/1.

Lawrence defeated Fields in the College Football Playoff semifinal matchup in 2019 to advance to the national title game.

In continuing with Alabama, Najee Harris has 40/1 odds to win the Heisman while DeVonta Smith and Jaylen Waddle each have 100/1 odds to win.

When he is brought up in conversations, Jones is compared to McCarron.

McCarron finished as runner-up to the Heisman winner (Jameis Winston, Florida State) in 2013, on a performance of 3,063 passing yards and 28 touchdowns to seven interceptions. Regardless of having pieces like Amari Cooper, DeAndrew White, Kevin Norwood and Christion Jones, a toe injury hampered Cooper and opponents did not fear the supporting cast.

In looking at Jones, he has two potential 1,000-yard receivers in DeVonta Smith and Jaylen Waddle.

On top of this, the possibility of someone else to emerge from the group of Tyrell Shavers, John Metchie, Slade Bolden, Xavier Williams, Jahleel Billingsley and a true freshman (2020 signing class) is very likely. Not only will he have the talent around him at receiver and running back, but Jones is heading into the campaign with confidence.

Even when Tagovailoa sustained a hip injury last year, Alabama did not change its philosophy on offense.

Jones posted two 300-yard passing outings – Auburn and Michigan – in his four starts and accounted for at least two touchdown passes in all four starts. The coaching staff and players for Alabama believe in Jones, but its week three meeting with Georgia will tell the story.

If he can carve up Kirby Smart and the Bulldogs, then his Heisman campaign will take off.

Much like Joe Burrow had at LSU in 2019, Jones has everything in line to win the Heisman.

Can the native Floridian pull it out?