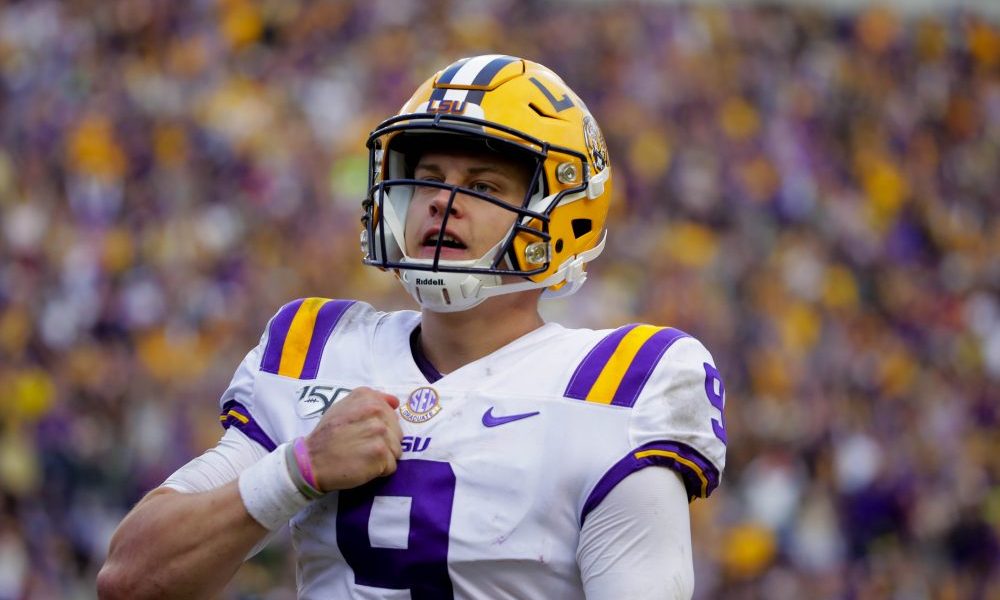 During a segment on ESPN’s morning show Get Up, there was a discussion of who will be a better quarterback at the NFL level, Tua Tagovailoa or Joe Burrow. Although Paul Finebaum and Joey Galloway leaned toward Burrow, LSU alum Ryan Clark was definitive with his statement.

“Right now, 100 percent Joe Burrow is going to be a better quarterback in the NFL than Tua Tagovailoa and he should be drafted earlier,” said Clark. “When you watch these games and you see Joe Burrow play in these games under Joe Brady he’s throwing the ball down the field. When you watch Alabama it’s short throws, it’s yards after the catch.”

Clark goes on to point out how a large majority of Tagovailoa’s passing yards in 2019 have come after the catch. But is that a fault of Tagovailoa or a result of getting great players the ball in space? Alabama hasn’t faced a single quality defense up to this point in the season and truly hasn’t been put in a position to where they’d need to air the ball out.

Burrow on the other hand has had to rely on the deep passing game as LSU has gotten into shootouts with both Texas and Florida, where scoring points fast was imperative.

But by facing those better teams and still dominating them is one of the reasons why some may believe that Burrow may become a better prospect.

This Saturday will likely play a big part in determining who will be a top of most team’s big boards.

WATCH: 5-Star TE, Darnell Washington, ‘is a once in a generation talent’
WATCH: Stephen M. Smith recaps practice and previews what’s to come this weekend
To Top
%d bloggers like this: