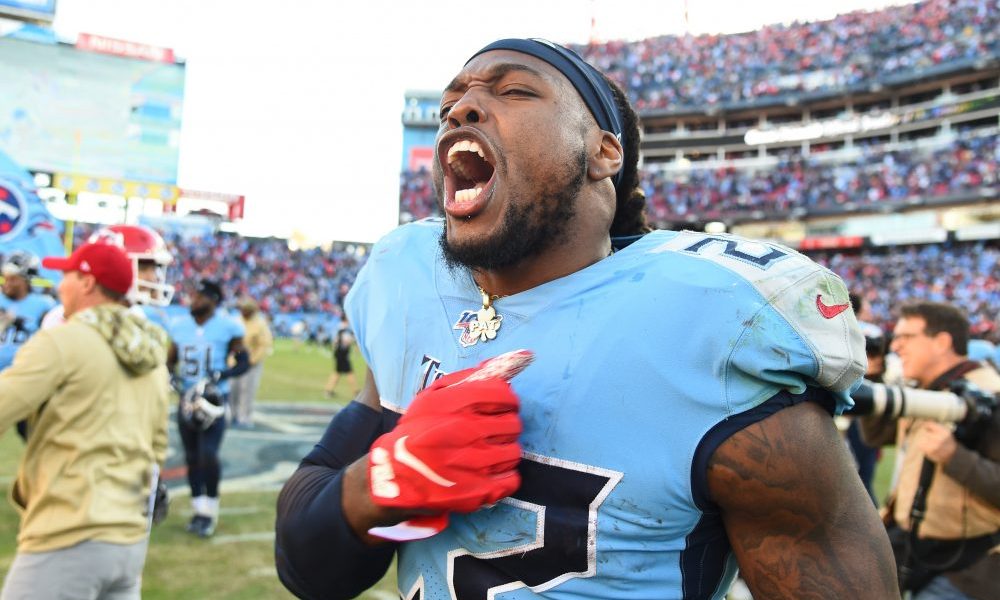 Tennessee Titans running back Derrick Henry decided to play spoiler for the return of Kansas City Chiefs quarterback Patrick Mahomes. The Titans have had quite the up and down season so far even getting to the point of benching quarterback Marcus Mariota. But Henry has been one of the team’s most consistent players and showed it today.

Henry finished the game with 23 carries for 188 yards and two touchdowns as he embarrassed the Kansas City defense all afternoon.

RELATED: Does Alabama’s AP and Coaches Poll ranking mean anything for the CFP?

The Tennesee offensive line was also a huge factor in Henry’s success as he could have driven SUV’s through some of the holes he went through. But just like his days at Alabama Henry had a number of big physical runs, carrying defenders on his back and picking up extra yards as well.

68-yard TD to give the @Titans the lead! #KCvsTEN @KingHenry_2

Another former member of the Crimson Tide also got in on the action for the Titans. Linebacker Rashaan Evans had a scoop and score for Tennessee in the second quarter to help them take the lead.

Evans finished the game with seven tackles, two for loss and a sack.

With Henry’s big game and a blocked field goal to end the game, the Titans defeated the Chiefs 35-32.

The Titans gameplan was clear from the beginning, feed Henry the football and try to make the holes as big as possible. Since the team shifted to quarterback Ryan Tannehill the team Mike Vrabel is building his offense more around the run game and for good reason.

On the season Henry has rushed for 832 yards and eight touchdowns and is on pace to set career highs in both categories after last season’s big finish.

Alabama ranked No. 4 in the AP and Coaches Poll, does this mean anything for the CFP?
Breaking: Injured DE LaBryan Ray expected to miss the rest of the season
To Top