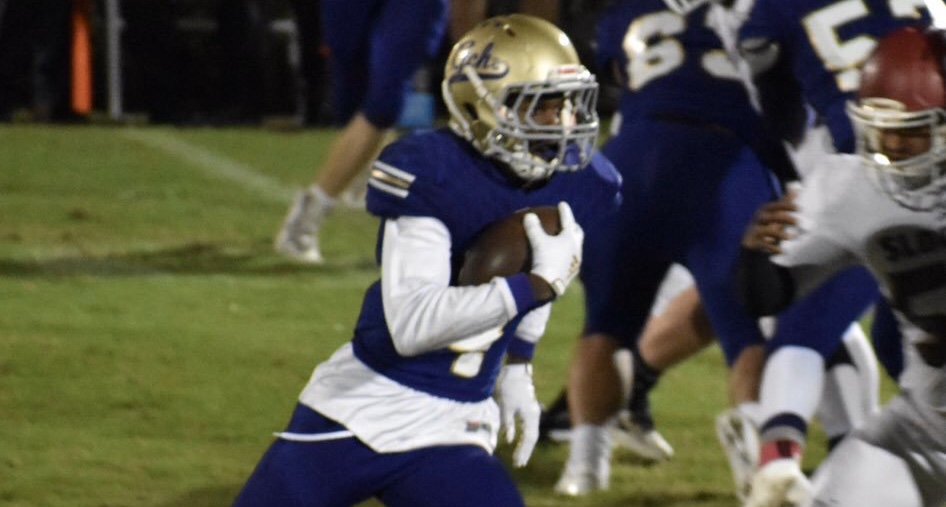 Emmanuel Henderson’s recruitment is on the rise and several SEC schools have jumped on him.

Henderson is a member of the 2022 recruiting class and currently lines up for Geneva County High School. The South Carolina Gamecocks was the first school to offer Henderson and six schools have followed suit, including Georgia, Penn State and Florida.

Henderson’s explosive sophomore season has aided in this boost in his recruitment. The Geneva County product finished the season with 2,000 rushing yards and 46 touchdowns. Henderson said he worked on multiple parts of his game to have a special year.

“I worked on my speed and my footwork before the season,”  Henderson said.

At 6-2 and 185 pounds, Henderson has good size for a sophomore running back. His speed and elusiveness makes him a hard tackle in the open field, which allowed him to be a weapon in the back field and the return game this season.

Alabama has not extended an offer to Henderson, but have hosted him for an unofficial visit this season. Henderson was in Tuscaloosa for the Tide’s matchup against the LSU Tigers.

“I love it, it was very intense,” Henderson said.

Alabama’s coaching staff’s communication with Henderson has been described as ‘medium’ at this point.

“We have medium communication, do not really talk as much, but I still try to reach out,” Henderson said.

Auburn University is Henderson’s dream school. The Tigers have hosted him and offered him Division 1 scholarship.

With Henderson having two full seasons left at the high school level, there is plenty of time for him to improve.

“I am working on my vision to be a better running back,” Henderson said.