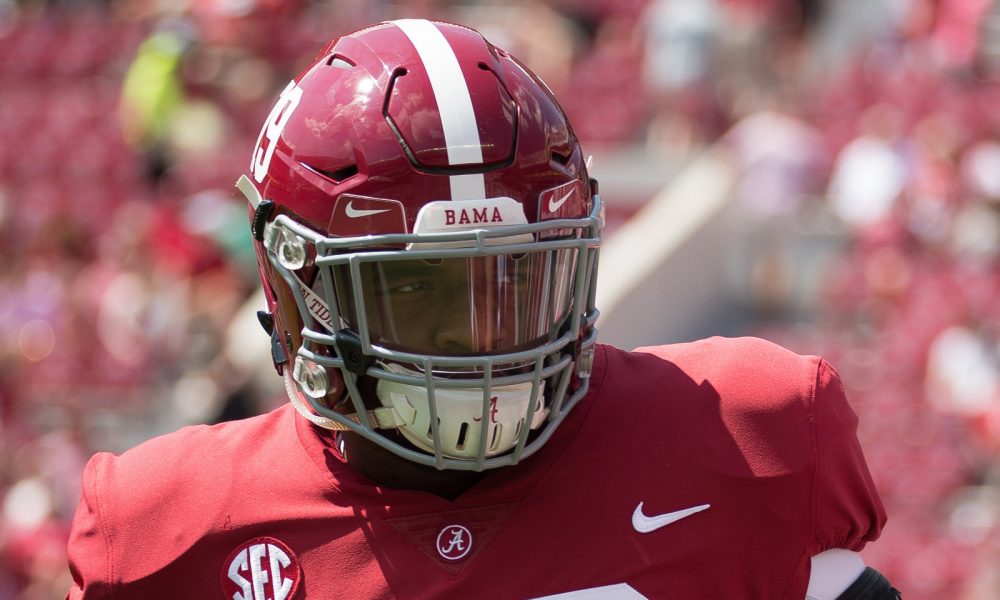 The season did not end the way Alabama wanted it to, but it was a football campaign that developed leaders to produce a bright future.

One of those leaders is Chris Owens and the redshirt junior is not one for people criticizing his head coach and his teammates.

After a loss to Auburn at Jordan-Hare Stadium, many chants of “Fire Saban” along with other negative statements were thrown at the program.

The Crimson Tide suffered its second blemish of the year and while it hurts to not make its sixth consecutive trip to the College Football Playoff, Owens took to Twitter to share a message to fair-weather fans and naysayers.

Everyone talking down on Coach Saban and the University of Alabama football team as a whole can kick rocks. Coach Saban is the greatest football coach of all time and the lessons he has taught me and my teammates go far beyond football. I wouldn’t trade this team for anyone else.

Despite missing two games with an injury, the former four-star played in nine games – serving at center and tight end. Prior to Tua Tagovailoa sustaining a season-ending hip issue versus Mississippi State, Owens was assisting the junior quarterback to a Heisman season.

Even at 10-2, the Tide has an opportunity to play in a good bowl. Per a couple of projections, Alabama could be in either the Citrus Bowl or the Cotton Bowl. Regardless of the venue that accepts Nick Saban and company, the team will be prepared to end the year on a strong note.

This will be an interesting offseason, but Owens his behind his coach and his team.

Seth McLaughlin loves that some feel Alabama is ‘falling off’ after two losses
Will Alabama ever return to its national championship form on defense?
To Top
%d bloggers like this: