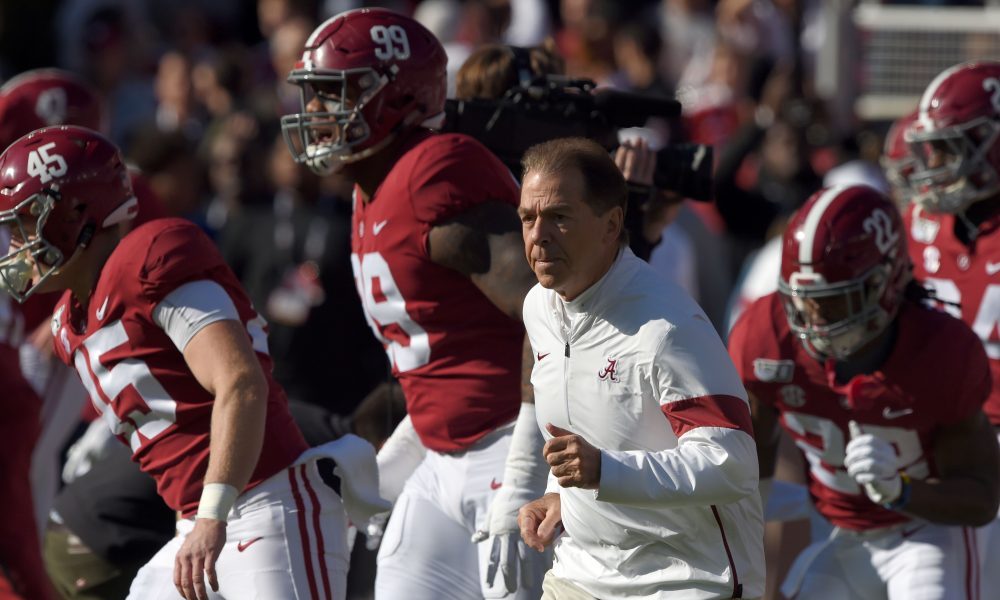 With the final College Football Playoff rankings released, Alabama now knows it’s destiny when it comes to who and where it will play its bowl game. After getting slotted at No. 13, the Crimson Tide will travel over to Orlando to take on the Michigan Wolverines in the Citrus Bowl.

It will be the fifth meeting between the two schools with the last game occurring back in 2012 where Alabama defeated Michigan 41-14 in Arlington, Texas.

This means Nick Saban and Jim Harbaugh will finally clash after years of comparisons and controversy surrounding the two.

Back in 2016, Saban and Harbaugh clashed over the Michigan head coaches’ satellite camps for recruits which were set up in multiple states by Harbaugh. The game will also reunite Saban and former assistant Josh Gattis who left Alabama to become Michigan’s offensive coordinator.

Michigan finished the regular season with a record of 9-3 and ranked at No.14 with Alabama ending its season 10-2 at No.13. Both teams lost their final game against its biggest rivals and will look to scrap together one last win to end their seasons out the right way.

Kickoff for the Citrus Bowl will be on Jan. 1 2020 at 1 p.m. ET at Camping World Stadium in Orlando and will be broadcast on ABC.