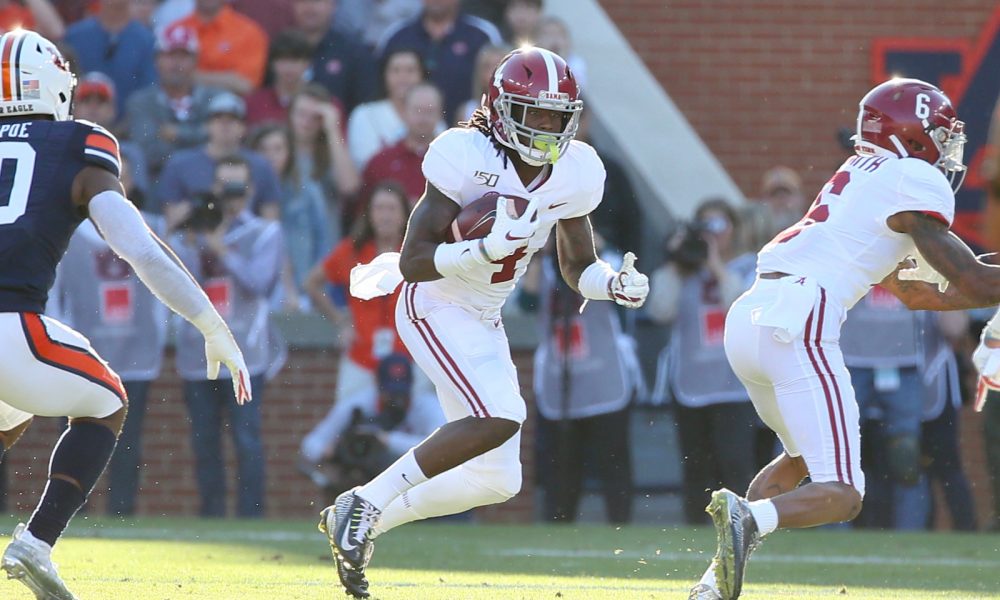 Alabama is getting its respect for awards at the end.

The recognition started with Pro Football Focus and now others – including the coaches in the Southeastern Conference – having joined in. Nick Saban and the Crimson Tide had 14 players named to the SEC’s All-Coaches Team on Tuesday, including six selections for the first-team.

For Wills and Leatherwood, the duo anchored an offensive unit that allowed only 12 sacks in 381 pass attempts this season. The tandem allowed one sack per game, which ranked fifth nationally in college football for fewest sacks. Both guys cleared the edge for Najee Harris to have his best season at running back, as he tallied his first career 1,000-yard campaign with 11 touchdowns.

He struggled with drops in big games; however, Jeudy recorded four 100-yard performances – including two versus SEC schools (Arkansas, Mississippi State). The native Floridian led Alabama in receptions (71) and had 959 yards with nine scores.

McKinney and Jennings were the tone-setters on defense.

McKinney led the team in total tackles (85) and posted 4.5 tackles for loss, two sacks, five pass breakups, four quarterback hurries, four forced fumbles, three interceptions and one touchdown (pick-six). As for Jennings, he finished with 73 tackles – including team-highs in tackles for loss (12) and sacks (7.5) with eight quarterback pressures, five pass breakups and one interception.

Both players were voted permanent team captains by their peers.

Waddle was chosen as a return specialist.

Both of his scores came against SEC schools (LSU, Auburn) and gave Alabama huge momentum, despite a losing effort.

Listed below were the players named on second-team.

Rumors swirling on Tua Tagovailoa, other draft-eligible juniors potentially returning to Tide in 2020
Alabama’s offensive unit named one of four finalists for Joe Moore Award
To Top
%d bloggers like this: