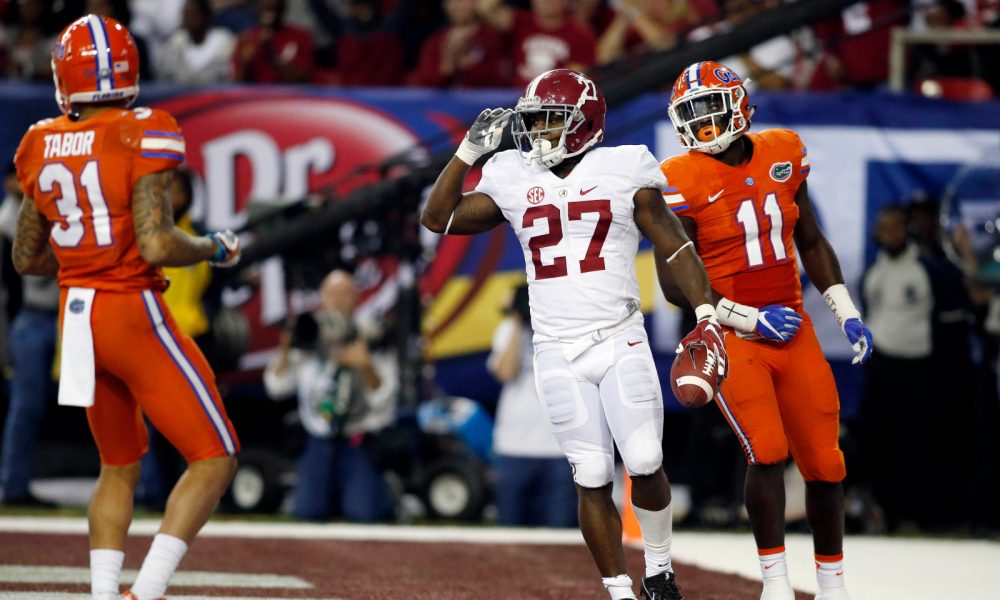 Another former Alabama standout has joined the Washington Redskins.

While the franchise drafted the Crimson Tide’s defense, it added an offensive player to its practice squad on Tuesday.

According to a report from Craig Hoffman, the Redskins added former Tide running back, Derrick Gore to its practice squad.

Gore, a native of Syracuse, N.Y., played two seasons at Alabama (2015-16) after arriving from Coffeyville Community College in Kansas as a walk-on. He was a part of two Southeastern Conference titles and a College Football Playoff National Championship in 2015 with the Tide. Gore recorded his first career rushing touchdown in the 2016 season.

He was a tough, hard-nosed back that had speed and strong hands out the backfield. He would transfer to Louisiana-Monroe to finish his collegiate career; however, Alabama fans remember the quality he brought to Bryant-Denny Stadium.

He played in the preseason for the Los Angeles Chargers, but ended up getting cut.

Hopefully, he can become a star in the NFL for the Redskins.

Josh Jacobs could care less about your fantasy football team
Former Tide OT Jonah Williams returns to practice for Bengals
To Top
%d bloggers like this: