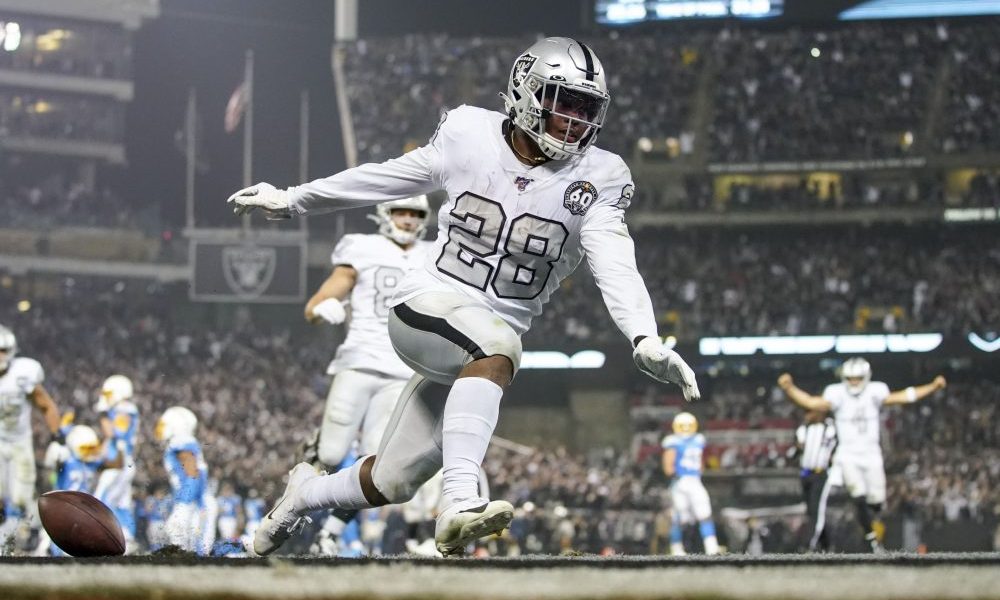 Although fantasy football is a great way to engage fans to watch every NFL game and root for whoever they drafted, it can sometimes be a bit of an annoyance to the actual players. When someone goes down with an injury, even if it is a serious one, some fans may opt to take to social media to voice their grievances about how said player will not be helping their fantasy team.

Last Sunday, Oakland Raiders rookie running back Josh Jacobs had some words for fans who were less than happy about him missing the teams game against the Tennessee Titans.

Look I don’t care about your fantasy team, fantasy points, none of that 💩

Jacobs was held out of Sunday’s game because of a shoulder injury he sustained in week 7 which had just caught up with him against the Titans. In fact, it was reported to be a fractured shoulder which he had been playing through since the team’s game against the Green Bay Packers back on Oct. 20. He will be undergoing an MRI at some point this week to determine the severity.

Despite everything that was working against him, Jacobs still attempted to play on Sunday but was not cleared by his medical staff.

“He was really in tears today, wanted to play, and took a shot to play like he’s been doing,” Oakland Raiders head coach Jon Gruden said. “But the injury, we just wouldn’t let him go out there and play under those circumstances. Don’t know what his status will be next week or the upcoming ballgames.”

The former Alabama running back is currently sixth in the league in rushing yards with 1,061 rushing yards, which is also a Raiders franchise record for a rookie running back. Jacobs also has seven touchdowns on the season which is tied for ninth in the NFL and averages 4.9 yards per attempt which are 10th among the rest of the running backs