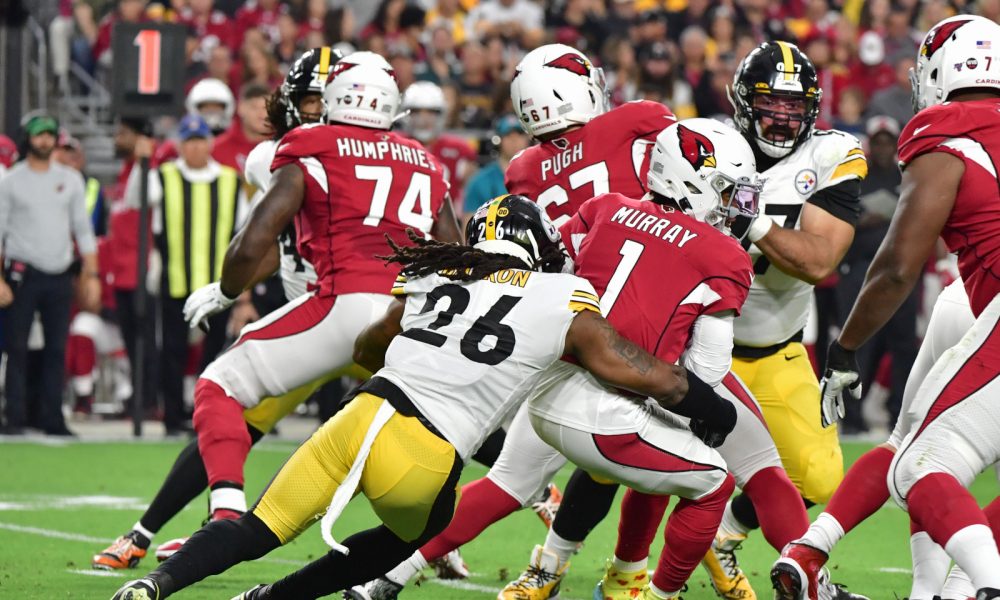 Pairing him with Minkah Fitzpatrick was obviously a good move on behalf of the Pittsburgh Steelers, but Mark Barron was a one-man show on Sunday against the Arizona Cardinals.

A native of Mobile, Ala., the former All-American safety and two-time BCS National Champion (2009, 2011) at Alabama kept the Steelers in the AFC’s second wildcard spot for the playoffs with his performance.

He led the team in total tackles (seven) and posted one tackle for loss, which was a sack of rookie quarterback, Kyler Murray of the Cardinals. Barron was a force in the backfield for Pittsburgh in its 23-17 victory, collecting his sixth game with at least six tackles.

RELATED: Falcons WR Calvin Ridley out for the season with abdominal injury

He chimes in with 69 tackles on the season – including five for loss with three sacks.

Barron also has two pass breakups, one interception and one fumble as he has the Steelers positioned at 8-5.

Should it win-out the remainder of its schedule, which includes a regular season finale versus Baltimore and a date with the Buffalo Bills, Pittsburgh will be playoff bound.

He anchors a group that has allowed just five rushing touchdowns and a passer rating 81.2 to opposing quarterbacks.

Barron and the Steelers will battle the Bills (9-4) this week at home.

Falcons WR Calvin Ridley out for the season with abdominal injury
Josh Jacobs could care less about your fantasy football team
To Top
%d bloggers like this: