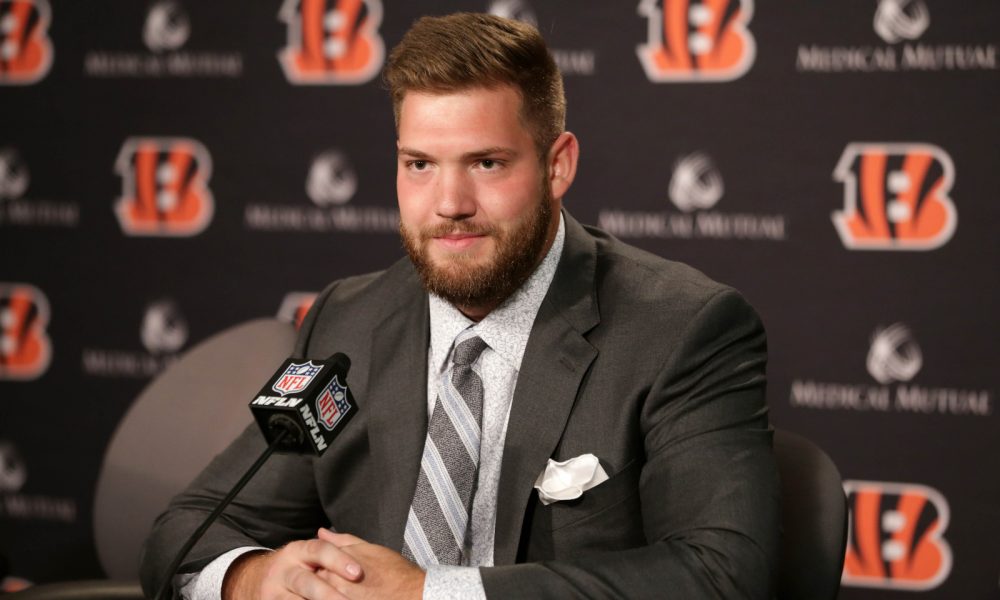 In a season where everything has gone wrong, some good news came on Thursday for the Cincinnati Bengals.

Its first selection of the 2019 NFL Draft returned to practice for the first time since June, when the team was in organized team activities.

Jonah Williams was selected No. 11 overall in the first round and the former five-star was a stellar offensive tackle at Alabama.

Williams sustained a torn labrum in his left shoulder on June 25 and after having surgery performed on it, he was placed on the physically unable to perform (PUP) list on Aug. 31.

🙌 1st ROUND PICK @JonahGWilliams out at practice for the first time since June. pic.twitter.com/wYuFR6edOV

He grew up in Atlanta, Ga., but Williams moved to California in the ninth grade.

After spending his freshman season at right tackle in 2016, he lined up at left tackle as a sophomore and junior.

Williams helped Jalen Hurts and Tua Tagovailoa both have success at quarterback, and protected Tagovailoa to a single-season record of 3,966 passing yards in 2018.

He cleared the way for Damien Harris to have two 1,000-yard seasons (2016-17) at running back and was part of two Southeastern Conference titles and a College Football Playoff National Championship in 2017.

Williams’ mixture of intense film study and physical attributes led to him winning the Jacobs Blocking Trophy for the Southeastern Conference and being named a unanimous All-American in 2018.

He was also twice named to the All-SEC first team.

RELATED: Falcons WR Calvin Ridley out for the season with abdominal injury

With the Bengals growing tired of Andy Dalton, it will have the No. 1 overall pick.

Williams could be preparing himself to protect Joe Burrow for years to come.