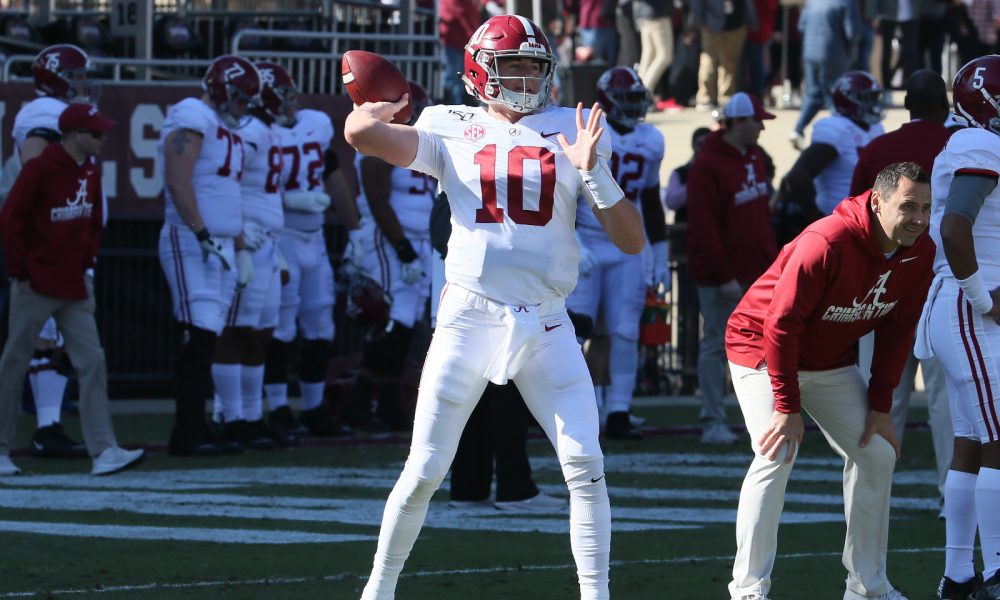 Whether Tua Tagovailoa decides to return or not next season, Alabama will still have an experienced quarterback on its roster.

Mac Jones was one of 15 scholarship athletes in the football program to graduate with a degree over the weekend. As a redshirt sophomore on the field, the native Floridian tossed for 1,176 yards with 11 touchdowns to three interceptions.

He started in three games this season and nearly won all of them.

The former four-star in the 2017 recruiting class turned in a valiant effort in the Iron Bowl, accounting for a season-high 335 passing yards with four touchdowns versus the Auburn Tigers at Jordan-Hare Stadium.

Even in a 48-45 loss, Jones earned more respect from Crimson Tide fans in his efforts to keep the team in position to win. His head coach, Nick Saban, and his teammates rave about his confidence and people within the program enjoy being around him.

Despite having his degree, Jones wants to continue his career with the Tide.

Thank you to Coach Saban for giving me the opportunity to play at this great university and to everyone that has assisted me during my undergraduate years. I am looking forward to keeping this journey going. #BamaGradSchool #LetsGo #RollTide

According to a post he made on Instagram, he is going to pursue a Master’s degree and thanked Saban for everything he has done for him.

Jones is staying in Tuscaloosa (Ala.) and this is something for everyone to get behind, as Alabama has some security at the quarterback spot.

﻿
Former Alabama CB Marlon Humphrey still has some thoughts on LSU
Alabama defenders Trevon Diggs and Terrell Lewis to sit out Citrus Bowl
To Top
%d bloggers like this: