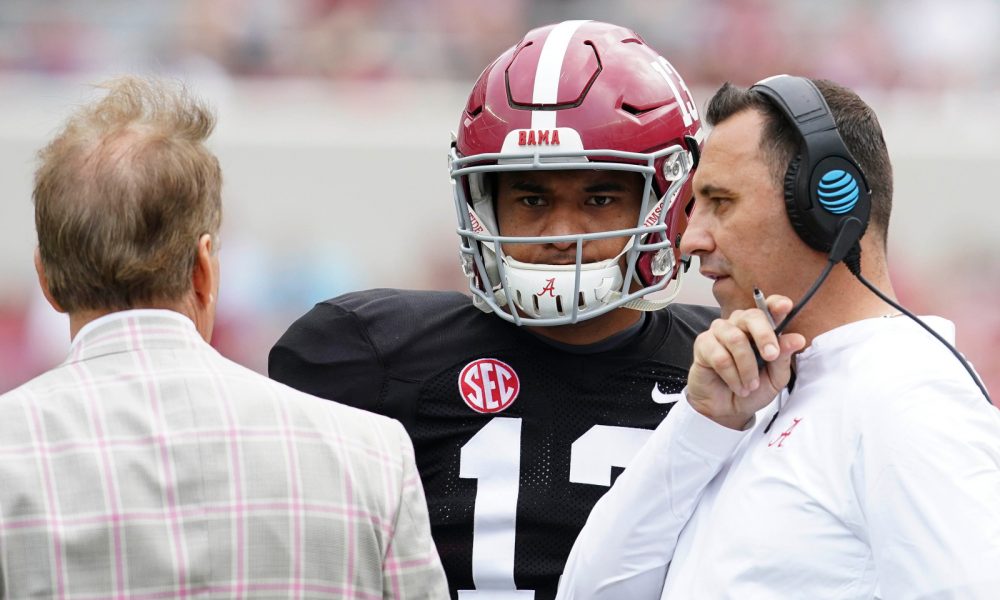 It looks he made the right decision.

Tua Tagovailoa announced on Monday that he will declare for the NFL Draft and not return for his senior year at Alabama. Despite various media outlets throwing the durability issue in his face, the native Hawaiian said his faith guided him into making his decision.

After a successful collegiate career that included a College Football Playoff National Championship, a Southeastern Conference Championship and a host of individual accolades, Tagovailoa is ready to see what the future holds for him amongst the professional ranks.

During his final “Hey Coach” show of the 2019 season, Nick Saban mentioned the junior quarterback as the lone top-15 pick for the Tide.

According to Daniel Jeremiah, an analyst for NFL Network and former scout for the Ravens, Browns and Eagles, he does not see Tagovailoa dropping out of the top five.

“I don’t see how he gets out of the top 5. I really don’t.”@Tuaamann has declared for the 2020 #NFLDraft, and our expert @MoveTheSticks shares his thoughts on the QB ? pic.twitter.com/lkr8y808E7

Aside from durability, Jeremiah said the Crimson Tide’s signal caller checks all the boxes for being an elite player at the next level. The former five-star ended his career at Alabama ranking first all-time in touchdown passes (87) and total scores (96).

He stands third all-time in both passing yards (7,442) and total offense (7,782). Prior to sustaining a right hip injury versus Mississippi State, Tagovailoa had 2,840 yards passing with 33 scores to three interceptions.

Miami is among the teams in the top-five (No. 5) that need a quarterback.

Should he continue to perform well in rehab and land in a situation where he can be successful, Tagovailoa will have a great career in the pros.