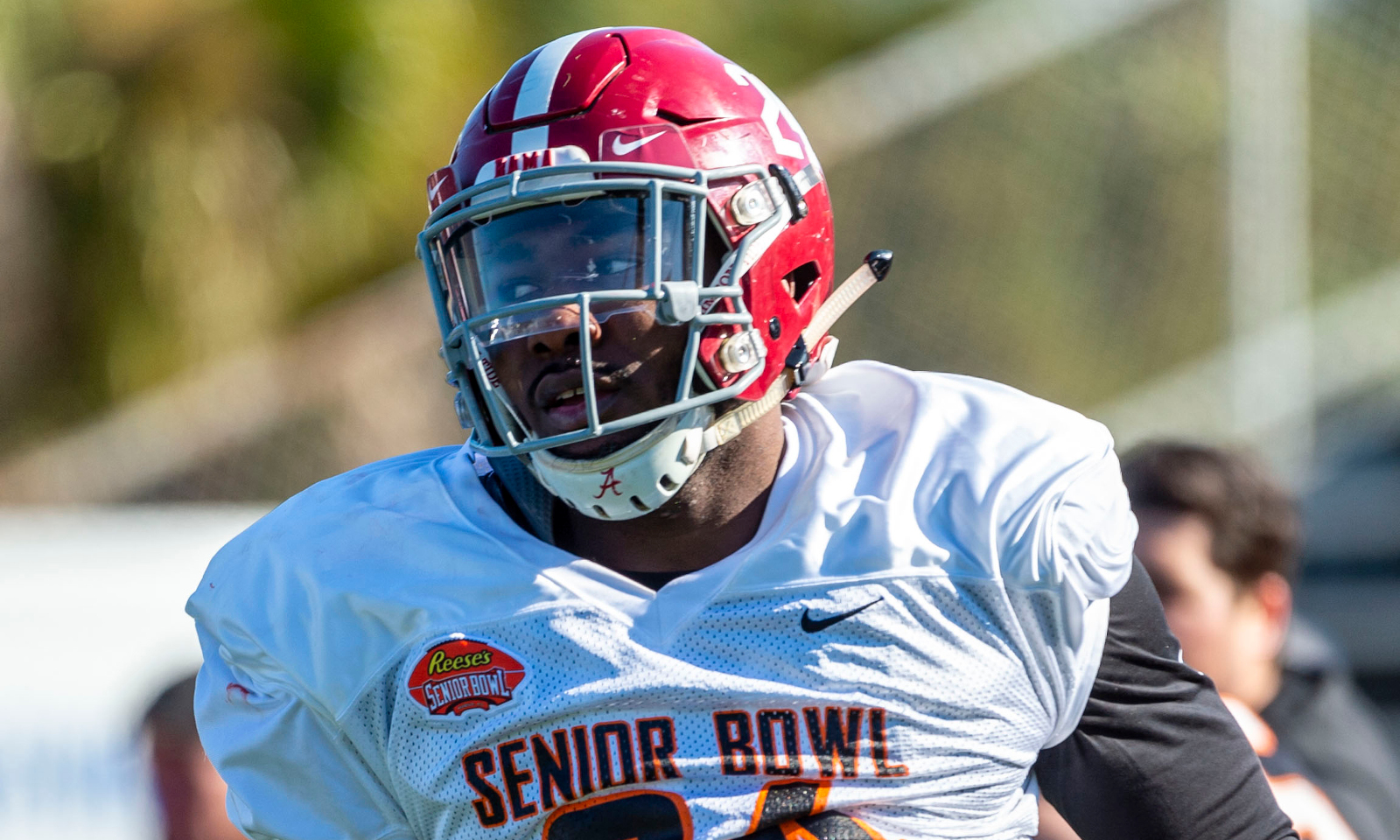 One NFL team is about to be very happy to have him.

Despite enduring some injuries, Terrell Lewis showed that when healthy – he is a dangerous player on the outside. Once a five-star recruit from Washington, D.C., Lewis led Alabama’s defense in quarterback hurries (16) in 2019 and totaled 11.5 tackles for loss with six sacks.

He is one of three players (four overall) that will represent the Crimson Tide at the Reese’s Senior Bowl on Saturday in Mobile, Ala. According to Chase Goodbread, who covers the NFL Draft for NFL.com, Lewis had one of the best weigh-ins for defensive linemen and edge rushers.

In pass rush drills, he has generated attention from pro scouts and coaches.

Lewis long arms, big hands and explosive get-off make him a sought-after prospect. He applied pressure to Jalen Hurts (former teammate) in one drill, while forcing a fumble in another one.

Alabama’s Terrell Lewis working out of a stance at the Senior Bowl. pic.twitter.com/dtZzCxCmBt

.@AlabamaFTBL‘s Terrell Lewis, at near side DE, with the strip of Colorado QB Steven Montez. UA LB Anfernee Jennings lined up outside him.#SeniorBowl pic.twitter.com/3VUKgyQfA1

His instincts as a coverage defender need to improve, especially when it comes to matching tight ends on pass patterns.

Aside from that, he has an opportunity to be selected in the first-round of this year’s draft in April.

Should he perform well on Saturday and continue his progress at the NFL Scouting Combine, one will have to add Lewis to the list.

The exhibition game will air on NFL Network at 1:30 p.m. CT.