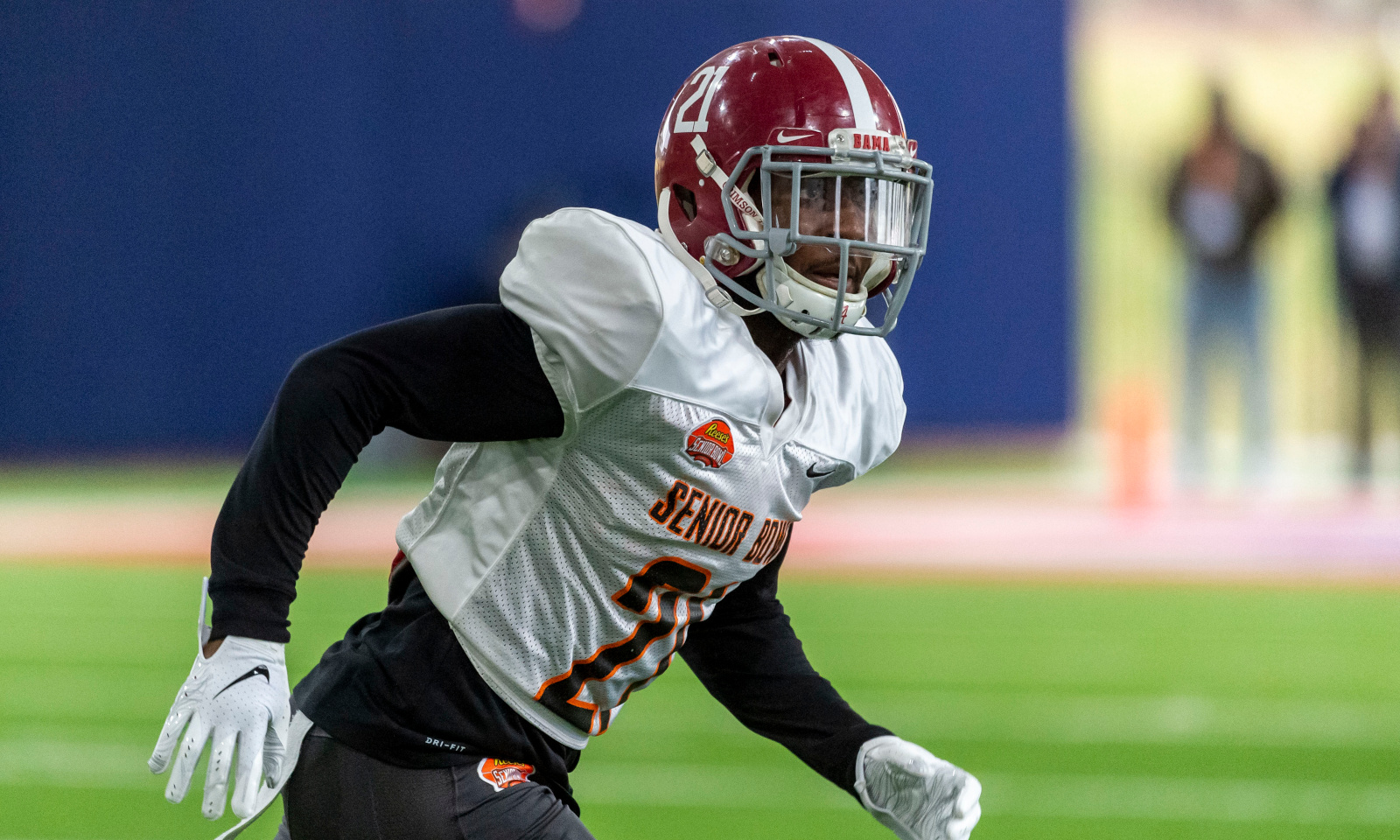 After four seasons at the University of Alabama and proving his leadership in his senior year, Jared Mayden has one goal for this weekend.

He will represent the Crimson Tide at the Reese’s Senior Bowl (Mobile, Ala.) on Saturday and per Tom Pelissero of NFL Network, the native Texan wants to show NFL teams that he is the ‘most versatile defensive back on the field.’

Alabama safety Jared Mayden has been playing a bunch of different spots during @seniorbowl week. On Saturday, he hopes to show he’s “the most versatile, smoothest DB on the field.” @nflnetwork pic.twitter.com/X8AjQecPTi

At Alabama, Mayden was listed at 6-feet and 200 pounds.

A four-star in the 2016 recruiting class, Mayden played at cornerback, star (nickel) and safety under Nick Saban. He had his best season in 2019 at strong safety, totaling 59 tackles, three breakups, two quarterback pressures and a team-high four interceptions. Mayden had a multi-interception performance versus Western Carolina on senior day at Bryant-Denny Stadium.

He’s been working with the Cincinnati Bengals’ coaching staff, but Mayden said Alabama has prepared him to not be overwhelmed in big moments.

“I am used to the big stages, big opportunities and big games,” Mayden said on how Nick Saban has prepared him for the NFL. “You just go out there, rely on your basics and fundamentals and the rest will take care of itself.”

For Mayden, he said it was his versatility that allowed him to stay ahead at Alabama and it is the primary thing he wants to show pro teams. He comes in the same mold as former Tide standout, Minkah Fitzpatrick.

A native of New Jersey, Fitzpatrick’s background was at cornerback yet he played at star and safety too.

The former five-star was selected to the Dolphins at No. 11 overall in the 2018 NFL Draft, but was traded to the Pittsburgh Steelers last season and had a big year.

The Bengals are working him everywhere, but Mayden wants to prove he can do it all.

“I expect to show everyone that I am the smoothest DB on the field, and for them to want me on their team,” he said.

He was on two Southeastern Conference Championship teams (2016, 2018) and a College Football Playoff National Championship team in 2017. Mayden will have all things on display via NFL Network as it airs the Senior Bowl at 1:30 p.m. CT this weekend.