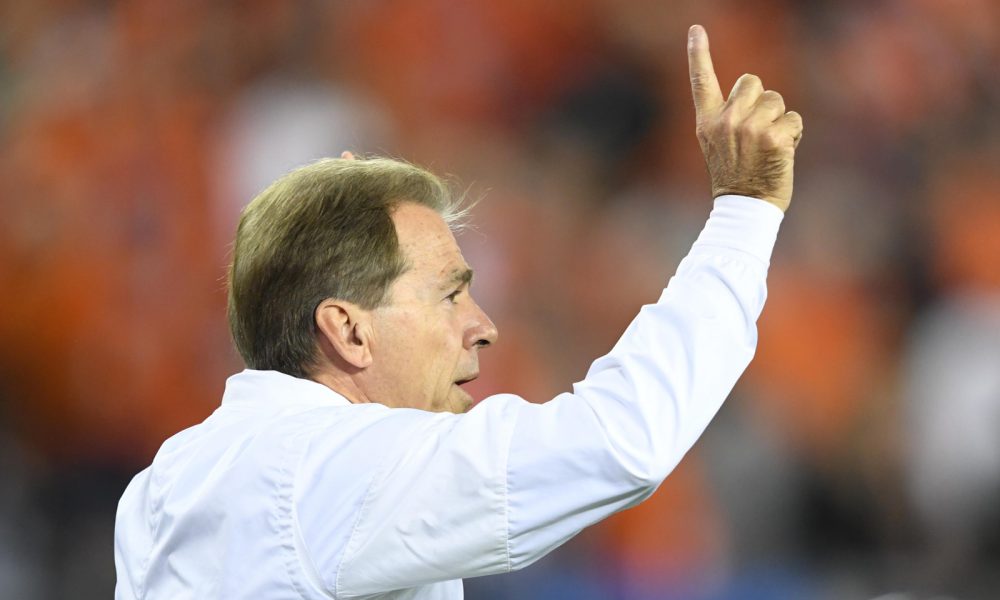 The unexpected, tragic death of Kobe Bryant has the world in a state of disbelief.

At 41 years old, the five-time NBA Champion, two-time NBA Finals MVP and 18-time NBA All-Star was at a point in his life where he was ready to give back.

He had recently given a stirring speech to the student-athletes at the University of Alabama, and was mentoring young players in the NBA.

He had a unique way of identifying with everyone and at the core of him, Bryant was a devoted father to his four daughters – including Gianna (13), whose life was also taken in the helicopter crash over the weekend.

In the aftermath of the tragedy, Nick Saban provided a touching tribute.

As people across the nation grieve, Kristen Saban Seats thought about her father.

Coach Saban, 68, travels in a plane daily. He is in a different state recruiting the best athletes to make Crimson Tide football the marquee program. After creating smiles and gaining verbal commitments in one area, he is quickly off to the next destination in hopes for success.

Along with this, Saban travels via plane to road games, College Football Playoff games, national championship games and even, ESPN events.

While she trusts the people around her father and those operating aircraft, the incident with Bryant has presented her with a new perspective and she shared it on Twitter.

Alabama fans everywhere are in constant prayer for the safety of Saban and his family.

RELATED: Alabama players react to the passing of Kobe Bryant

For now, we can only send our condolences to Vanessa Bryant and the family but this moment serves as an opportunity to embrace the people around us.

Nigel Knott to enter the NCAA transfer portal
True competition returns for Alabama at jack/edge rush linebacker
To Top
%d bloggers like this: