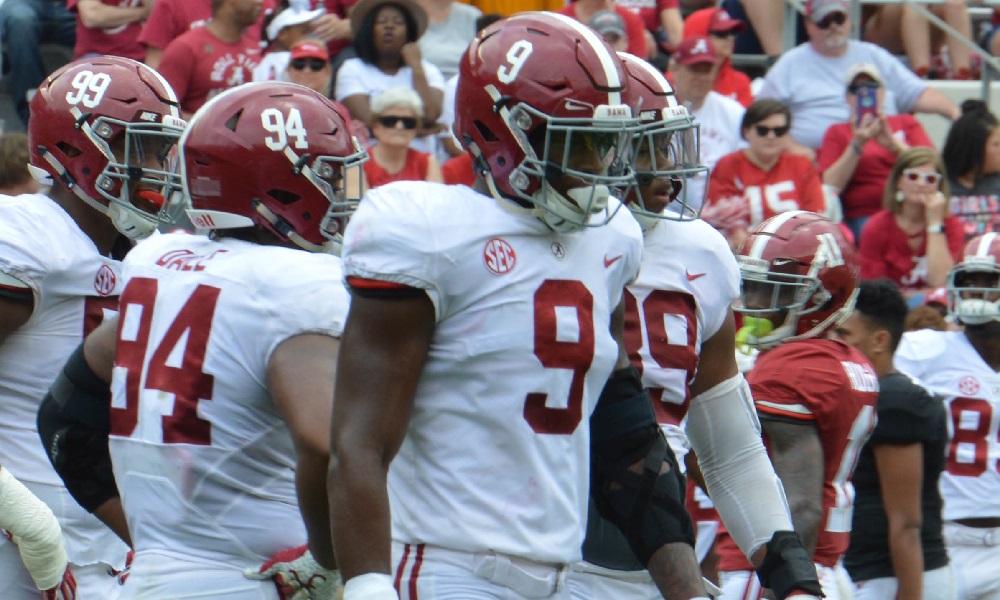 College has been a rough transition for the former five-star prospect.

After transferring from Alabama, Eyabi Anoma took his talents to the University of Houston in hopes of a fresh start.

However, the talented yet troubled individual is on the move again.

According to Joseph Duarte, a beat writer for the Cougars via the Houston Chronicle, the Maryland native has been dismissed from the football team for violating team rules.

The 6-foot-5, 250-pounder played one season for the Crimson Tide – collecting nine tackles with two for loss and one quarterback hurry in 12 games. An alumnus of St. Frances Academy he totaled over 50 sacks in his two years of high school and Alabama fans had high hopes of him being successful as a pass rusher. Despite getting a Southeastern Conference title ring in 2018, Anoma and the Tide parted ways and he went into the transfer portal before the 2019 season.

Prior to leaving, he made the SEC’s All-Freshman Team.

Hopefully, Anoma will get his act together and find a place where he can be special.

Current, former Tide players predict Henry Ruggs potential 40-time at NFL Combine
This spring will be pivotal for Taulia Tagovailoa at Alabama
To Top
%d bloggers like this: