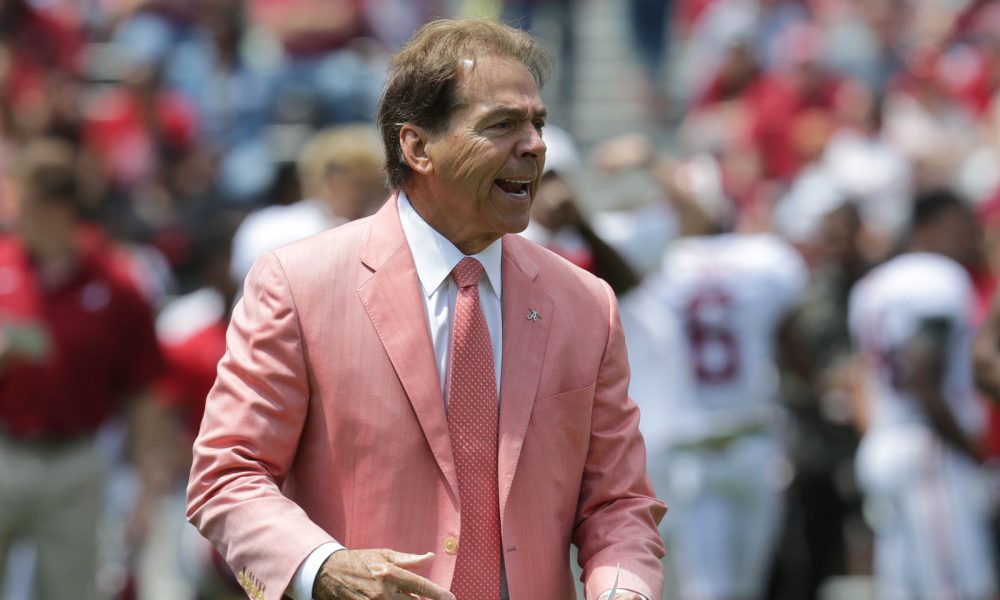 The calendars will be in order for Alabama fans, as the 2020 edition of the Crimson Tide’s football team will take to Bryant-Denny Stadium for its spring game on Sat. April 18.

A press release came on Thursday via the University of Alabama’s athletics department.

Due to construction being done inside the stadium, there will be a limited capacity.

The time has been set for 1:00 p.m. (CT) as this will be the 14th A-Day exhibition of the Nick Saban era, dating back to 2007. While television details will be released at a later date, the Alumni Flag Football Game starts at 10:30 a.m. and by 11:15, Saban and the 2019 captains Anfernee Jennings, Xavier McKinney, Tua Tagovailoa and DeVonta Smith will address the crowd.

All four players will leave their hand print and cleat print in the concrete at Denny Chimes, joining other Alabama greats that were cemented as legends. Prior to the game, the Tide will have its Walk of Champions outside Bryant-Denny Stadium at 11:50 a.m. and following the matchup, Saban will present the spring awards to the team at midfield.

Public parking for A-Day is free and there is no cost to attend.